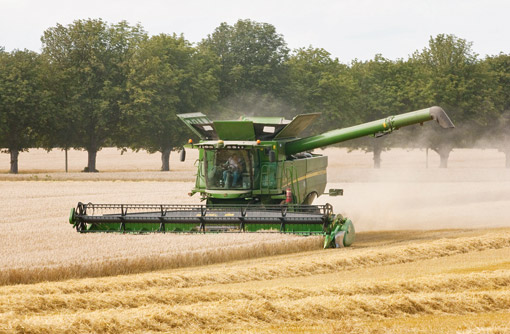 Winter barley may see a resurgence in rotations as growers increasingly see its value in enabling an early entry for oilseed rape, and one new malting type has caught the eye of a global brewer.

Molson Coors has a greater reliance on winter barley than its competitors, which means the firm pays close attention to the introduction of new malting varieties when they first appear on the HGCA Recommended List.

So the announcement last month that three winter barley varieties have all moved on to the next stage of the rigorous testing procedure is just what the company’s head of raw materials, Jerry Dyson, wanted to hear, as he considers securing future supplies of farm assured grain.

Of immediate interest is Syngenta’s SY Venture, which is now fully approved for brewing use, he confirms. But he is also keeping an eye on Talisman from Senova, which has just entered its first year of provisional approval, also for brewing.

“We trialled SY Venture this year, so we already know that it meets our processing requirements,” he says.

But just as important to him in the current market is SY Venture’s high yield, he stresses. “We’ve been looking for a malting barley variety which closes the yield gap on feed types and persuades farmers to stick with malting choices. SY Venture does just that.”

An open autumn will see growers continue to drill, in an effort to make up for this year’s winter crop shortfall, he believes. “And SY Venture is a good option because it offers high yields, together with other agronomic characteristics that growers like, such a stiff straw.”

Molson Coors has an annual requirement for 75,000t of winter malting barley, most of which is sourced through its dedicated grower group, continues Mr Dyson. “We are different to others in that our total intake is made up of 60% winter barley. So we have a much greater need for the winter crop than other brewers.”

Up until now, the company has favoured the existing winter varieties Cassata and Flagon, he reveals. “We will be sticking with Cassata. We like the variety and it suits our processes, so Flagon will be the one that we start to replace with SY Venture.”

Getting winter varieties trialled and approved can be problematic and looks set to get worse in the future, following the IBD’s decision to restrict the number of varieties that it will test to just two winter types, he reveals. “Without sufficient trials, there isn’t enough information for us to make our decisions.”

Stuart Shand of Gleadells points out that the distilling demand is causing growers to drop winter barley and grow a bigger proportion of spring types, which meet the needs of Scottish distillers with their particular requirement for low nitrogen grain.

“Winter barley is being replaced,” he says. “It’s very difficult for maltsters to keep it separate, so they’ve tended to move to just one variety, if that. They’re being paid more to malt distilling barleys and send them up to Scotland.”

Another good example is Carlsberg, which used to take an equal split of winter and spring barley for its Carlsberg and Heiniken brands. “Since they moved to the Null-Lox varieties, they haven’t had any requirement for winter barley at all.”

Although winter barley normally trades at a discount to spring, malting premiums on the first batch of contracts for this year’s drillings are the same as last year, he reports. “And the premiums are based on wheat futures, so the terms are very good.”

Winter barley also has a particular role in getting rotations back on track this coming year, believes Mr Shand. “It provides a good entry for oilseed rape, which many growers will need after this late season.”

Charlie Siggs of Syngenta explains that SY Venture is the highest yielding winter malting barley with full approval for brewing. “On average, it’s given 0.5t/ha more yield than Cassata. So it is a good step forward.”

The variety has short, stiff straw and all-round disease resistance, with maturity similar to Pearl, he adds.

Seed rates should be 300-350 seeds/sq m in most situations, he advises. “Aim for a late September drilling date in England, but bring that forward to mid-September in Scotland. It would be sensible to up the seed rates to 350-400 seeds/sq m in Scotland, too.”

Nitrogen applications will depend on a number of factors, including contract specifications. “Generally, you should apply 100-120kg/ha in two splits, with the first 40kg/ha going on in mid to late February, and the remaining amount applied by the end of March.”