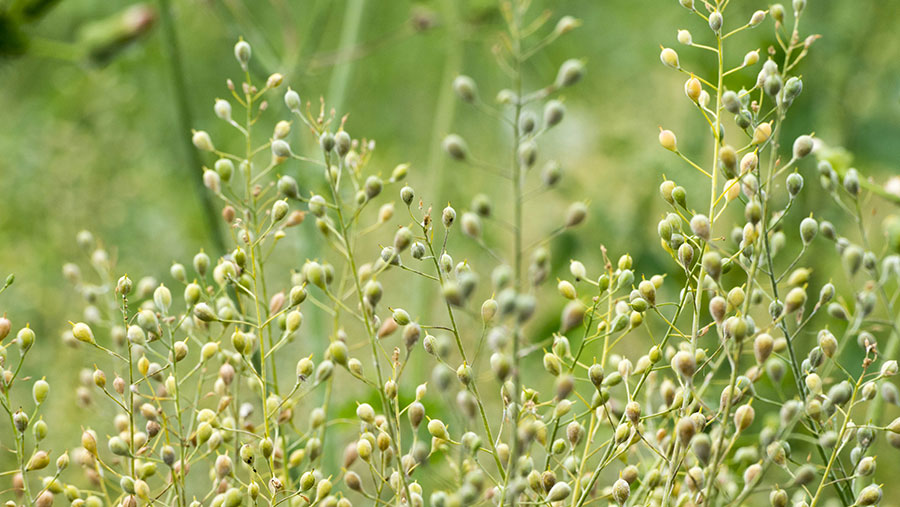 The latest trial of genetically modified oilseed has revealed the huge potential for producing omega-3 oils from crops which, if approved, would allow farmers to supply the market for fish oils in the future.

But the trial also revealed the seeds’ capacity to accumulate far more oil than previously thought, adding weight to the commercial potential of the crop as an alternative source to traditional supplies.

“Demonstrating that our GM camelina works in the field under real world conditions confirms the promise of our approach,” said Johnathan Napier, leader of the camelina programme at Rothamsted.

“Our new and unexpected insights into fatty acid accumulation across the seed points towards further opportunities to optimise this,” said Professor Napier.

The collaborative project between Rothamsted Research and the University of North Texas engineered camelina with genes from marine microbes to produce two highly sought after omega-3 long-chain polyunsaturated fatty acids, normally only made by marine microbes.

The fatty acids are vital to countering the relentless rise in cardiovascular disease and metabolic disorders but demand has so pressurised supplies that farmed fish now contain less of these nutrients than 10 years ago.

“Having a viable land-based source of omega-3 fish oils can really address the ever-increasing demand for these healthy fatty acids,” said Professor Napier

Other developments in the study include matching the seeds’ biosynthetic products more closely to marine-produced oils without the contamination associated with some oceanically-sourced fish oils such as heavy metals.

There has also been a reduction in the level of unnecessary omega-6 fatty acids in the transgenic seeds to match more closely the mix in marine fish oils.