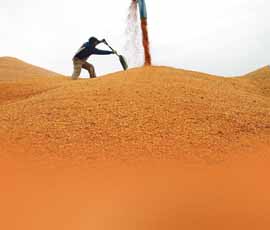 Just two genetically-modified crops have ever been approved for cultivation in Europe. In comparison, the USA has 90 approved GM crops.

At the heart of those striking differences lies European politics. For a GM crop to be grown in Europe, a qualified majority of the 27 member states has to approve its use, following a positive European Food Standards Authority assessment that the risk to human health or the environment is acceptable.

But almost regardless of the assessment presented by EFSA, many member states vote on political, rather than scientific grounds.

That has resulted in political stalemate, where GM traits neither get approved nor rejected, and seemingly spend an eternity being passed back and forth in the system.

The issue was always political rather than scientific, admits Ladislav Miko, deputy director general for the food chain within the European Commission’s Health and Consumers Directorate General.

Member states used requests for additional scientific studies to effectively stymie progress, in the absence of a legal framework that allowed rejection on political grounds, he explains. “But it was quite clear there were not only scientific worries.”

That was paralysing the system, he says. “And it was clear it could carry on more or less without limitation.”

But in 2008, the member states unanimously asked for a system that allowed them to opt in or out of growing GM crops. The European Commission responded by formulating an amendment to the approval legislation, in which member states can effectively ban cultivation of approved GM crops at a national level.

“The idea of the Commission was to keep the risk assessment very thorough, strict and precise at the European level. Then when it is approved, the citizen can be confident that it is safe. But at the same time to allow member states to opt out of growing it for other than risk-related reasons,” Mr Miko explains.


Initially the Commission did not want to produce a list of what those reasons could be, but under pressure, it produced an indicative list, which includes avoiding presence of GMOs in other products; the preservation of traditional farming methods; and the maintenance of certain environmental features, habitats and ecosystems; as well as on religious and public order grounds.

“In principle, we believe the proposal may unblock the situation. There won’t be any pressure on inventing new scientific problems. Governments will be able to say we want to ban cultivation or allow those who want to cultivate be able to proceed.”

The European Parliament adopted the proposal in July, after demanding that the reasons for the bans were extended and made clearer. “They wanted bans on environmental, co-existence and socio-economic grounds,” Mr Miko says.

But a common position also has to be found within the EU governments, which looks likely to prove more difficult. Governments historically against GM crop cultivation and those for it all have concerns, Mr Miko admits.

“The sides that want to opt out are usually afraid that the conditions are not specific enough, while the others are much more worried about trade issues and competition.

“Each has its own reasons to be sceptical, but we do believe there is a solution in the middle.”

For that to happen, two or three countries will have to either agree to or abstain from the proposal to avoid there being a blocking minority vote. “I don’t see that as unrealistic,” Mr Miko claims.

“I believe this is the only solution for Europe.”


Doubt about success of proposal

There are strong doubts as to whether an agreement can be reached by member states, particularly after the European Parliament’s amendments, says Carel du Marchie Sarvaas, EuropaBio’s director of green technology for Europe.

“There is a strong distrust in some member states as to whether it will stand up in a court of law,” he says. “Others are against it as it is not science-based and are worried about the impact on internal markets.”

Perhaps surprisingly, EuropaBio was not against the proposal the Commission put forward, although the subsequent amendments proposed by the European Parliament were “crazy”, Mr du Marchie Sarvaas says.

“We weren’t super-enthusiastic, but we accept that some countries will want to plant sooner than others. We need to create a system that allows that to move forward. We’re not against the principle of the proposal.”

Pete Riley, of anti-GM campaigners GM Freeze, agrees the proposal is in trouble. “Any proposal has to be viewed from the need to protect human health, the environment and the right of farmers, beekeepers and consumers to avoid GM if they choose, and the regulations must be beyond legal challenge both from within and without the EU.

“So far, what the Commission has put forward fails to convince us on any of these issues. We remain very concerned that the EC proposals could lead to GM crops cultivation taking place without key issues on safety, risk assessment, coexistence and maintaining seed purity being resolved. There is still nothing forthcoming about who pays if harm arises from growing a GM crop.

“The fact that many member states are rejecting the current proposal suggests that the EC needs to think again.” 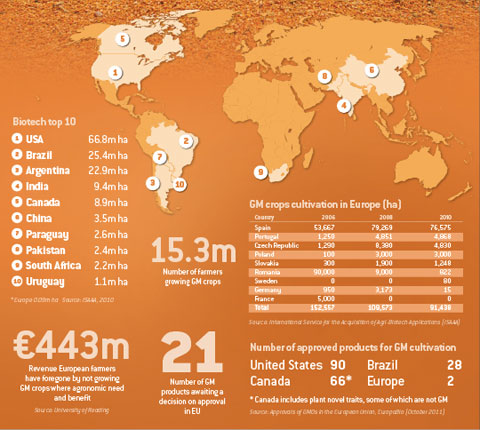 Click on the links below to hear more from Ladislav Miko

• “What about co-existence rules?”