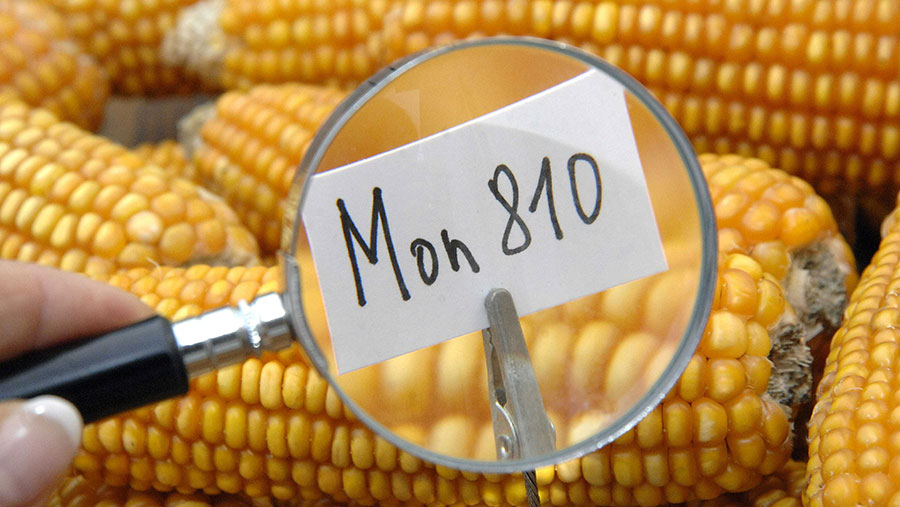 According to the latest figures from the International Service for the Acquisition of Agri-biotech Applications (ISAAA), Spain planted 129,081ha of Monsanto’s pest-resistant maize (Bt maize) variety MON810 – a year-on-year increase of 20%.

But the ISAAA said stringent reporting requirements resulted in fewer farmers growing GM maize in the Czech Republic. Likewise, in Romania where no farmers grew the crop.

GM crops enter the UK mainly as animal feed. Although no crops are grown commercially, there have been experimental trials of GM potatoes, camelina (“false flax”) and wheat in recent years.

The MON810 maize is not suitable for growing in the UK as the pests it is resistant to are not present in this country.

Anti-GM groups including GM Freeze and the Soil Association are strongly opposed to growing GM crops because they are concerned about possible harmful effects on the environment and the emergence of “superweeds”, which are resistant to herbicides.

But the government is understood to be reviewing its position on biotech crops. Speaking at the Oxford Farming Conference, Defra secretary Michael Gove said biotech changes “would challenge us to think about the future, and the way we shape it”.

The minister said he was “open-minded” about the use of gene-editing, a technique which involves removing, replacing, or turning off specific genes to modify livestock and crops.

The ISAAA report criticised the “onerous regulation” for biotech crops that remains in many developing countries, including in Europe where farmers are denied access “despite the overwhelming evidence in support of the safe use of these technologies”.

However, it said it was noteworthy that new biotech crops were being field tested to cater for farmers and consumers.

These included: staple crops such as beta-carotene enriched Golden Rice being tested in the Philippines and Bangladesh; high yield and biomass wheat and omega-3 enriched camelina in the UK.