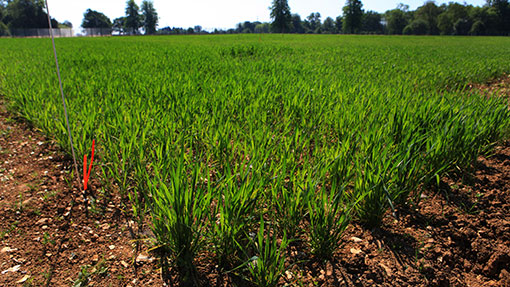 Biotech crops contributed to significantly reducing the release of greenhouse gas emissions from agricultural practices, according to the report.

It said that the cultivation of GMs results in the use of less fuel and additional soil carbon storage from reduced tillage.

In 2012, this was equivalent to removing 27bn kilogrammes of carbon dioxide from the atmosphere – or equal to removing 11.9m cars from the road for one year.

This is equal to the “amount of pesticide active ingredient applied to arable crops in the EU for nearly two crop years”, the study claimed.

If biotech crops had not been available to the 17.3 million farmers using the technology in 2012, maintaining global production levels at the 2012 levels would have required additional plantings of 4.9m hectares of soyabeans, 6.9m hectares of maize, 3.1m hectares of cotton and 0.2m hectares of oilseed rape, the report claimed.

Meanwhile, herbicide-tolerant technology used in soyabeans and oilseed rape has also contributed to increased yields in some countries, by helping farmers in Argentina grow a crop of soyabeans after wheat in the same growing season, through higher yields and improved weed control.

“Half of the farm income gains and the majority of the environmental gains associated with changes in pesticide use and reductions in greenhouse gas emissions occurred in developing countries.”

No GM crops are currently being grown commercially on UK farms. However, DEFRA secretary Owen Paterson wants Britain to lead a new farming revolution across Europe by adopting GMs to feed the increasing world population .

The minister has warned that without GM crops, Europe risks becoming “the museum of world farming”.

But environmentalist group Friends of the Earth has insisted there is no evidence that GMs will deliver for farmers or food security.