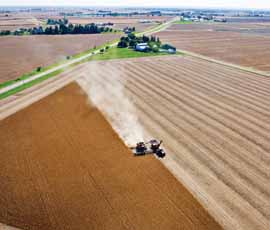 What have been the primary benefits of using genetically modified crops?

RR soybeans and RR maize have been spectacularly successful in the USA, Argentina and Brazil. RR cotton is a great success, combined with the Bt gene. There can be no doubt that GM RR/Bt crops offer benefits to growers in Australia and the Americas and this explains why there is almost universal adoption.

Bruce Lee & Gary Fitt: The benefits are less use of agrochemicals, primarily pesticides, as well as less time on tractors, which results in fuel savings. In Australia Bt cotton has brought an 85% reduction in insecticide input, marked reductions in environmental impacts and has provided a platform for a more integrated approach to pest management.

Philip Shaw Corn (maize) growers have seen a big benefit from genetically modified crops because of Bt corn. By injecting a gene into corn, European corn borer has been mainly eliminated. Before this, growers would either accept yield loss or spray. So the addition of GM into corn really pushed the yield envelope for farmers.

In soya beans, the main difference with GM is glyphosate-resistant soya beans. Being able to eliminate weeds with Roundup has been a big benefit for many producers. However, it has created another market, for soya beans that are non-GMO. Some end-users prefer soya beans that aren’t GM, and pay a premium.

Yields have not increased in soya beans as they have in corn. It’s much more of a mixed bag story.

Blake Hurst: The advantage to the first generation of biotech seeds, Roundup Ready soya beans, is the unbelievable weed control. I’m 54, and until the advent of GMOs spent several weeks every summer chopping weeds in our soya bean fields with a sharpened garden hoe.

It was backbreaking, mind-numbing work, and I hated it with a passion. Roundup ended all that, and it improved our lives, and the lives of every US crop farmer.

A generation of farm kids returned to the farm who wouldn’t have otherwise if “walking beans” was still a part of our summer routine.

What problems has growing GM crops caused you and why? And what solutions have you had to adopt?

Philip Shaw: Glyphosate resistance has increased across the North American weeds spectrum. Even though I don’t grow Roundup-resistant soya beans, I have glyphosate-resistant giant ragweed. I started to see it 10-years ago on my farm. I used glyphosate to spray off weeds before planting soya beans, and noticed the ragweed would shake off the chemical.

Researchers confirmed it was resistant. It can grow up to six to seven feet tall, and effectively destroys the yield of any soya bean plants in the immediate vicinity.

I grow Roundup-resistant corn but only because companies have basically stopped breeding hybrids without it.

Blake Hurst Resistance is a huge problem in the southern USA, but as of yet has not been a problem in our part of the United States. We are careful to rotate our crops and our weed control methods, which in combination with a shorter growing season than in the southern USA has avoided problems with resistance.

There are reports of resistance to Bt technology in some parts of the Corn Belt, but “stacked” hybrids, with more than one mode of action, are delaying the day of reckoning for insect-resistance problems.

Even if resistance becomes more of a problem, and I fully expect that it will, we’ve still had two decades of wonderful weed control and vastly less pressure from insects.

The companies that have profited from these technologies will continue to develop new ways of handling pests. No technology is so perfect that pests won’t evolve to escape that technology.

Bruce Lee & Gary Fitt: Resistance to herbicides has developed in a number of non-GM cropping situations and is being managed through use of combinations of selective and non-selective herbicides. Much the same approach is necessary for herbicide-tolerant GM crops.

In insect control, where the main focus has been on the use of Bt genes in crops like cotton and corn, the potential for resistance is recognised as the major issue and comprehensive resistance management strategies accompany those Bt crops.

In Australia, resistance to Bt has been successfully avoided now for 16 years through a combination of refuge crops to counter selection, defined planting dates to reduce exposure of the crop to pests, and mandatory destruction of crop residues to avoid survival of pests over winter.

In the past six years the deployment of multiple Bt genes in a single crop has been used to further reduce the likelihood of resistance developing. Careful monitoring of the resistance situation is another key requirement so that the management strategy can be responsive to any changes in pest populations.

Stephen Powles: There have been few problems. In North America there is now the emergence of glyphosate-resistant weed populations. This has been the result of over-adoption of RR crops and over-use of glyphosate. Growers in the Americas need to re-introduce more diversity than single reliance on glyphosate. This is just starting to happen in the US and in many cases reverting to soil cultivation, which can be a clear negative.

Europe, if it maintains the current diversity in cropping systems, can manage RR crops well.

If Europe adopted GM cropping on a wider scale, what advice would you give to growers to avoid some of these problems occurring?

Stephen Powles: Cropping in Europe is largely much more diverse than in Australia and considerable parts of North and South America. The diversity in crops and weed control practices occurring in Europe (mouldboard ploughs, diversity of crops, diversity of herbicides) is a great strength that largely explains why herbicide resistance has remained a relatively minor problem in Europe.

Therefore, if RR GM crops were introduced on a wide scale in Europe, my advice would be to retain considerable diversity in the system. In this way, for example, the introduction of RR crops could mean that glyphosate remains quite sustainable in Europe.

Philip Shaw: There are management strategies to rotate herbicide chemistries as well as maintaining “refuse” areas to maintain pest resistance. If it’s not done properly, advantages will be lost.

I’d also change the legal GM framework to better mirror South America, where farmers can keep their own seed. As it is, in North America big GM corporations are making super-normal profits, and not enough of the profit is in growers’ hands.

Blake Hurst: Rotate crops, rotate modes of action, and realise that no solution is permanent. Better yet, don’t adapt the new technology, and continue to provide a competitive advantage for my neighbours and me.

Bruce Lee & Gary Fitt: The issue in Europe is one of communication and consumers, and demonstrating the benefits of GM to the wider public. GM is just one of the options available to growers, and there are a wide range of other technologies that can be deployed in addition to GM.

However, the EU has mandated the adoption of integrated pest management in all crop production by 2014. This is largely a pesticide risk-reduction measure, but in some crops it further emphasises the potential role for “input trait” GM crops like Bt crops to reduce environmental and human health impacts of pesticides.

Do you think Europe would be better avoiding herbicide-tolerance and other first-generation traits, and concentrate on traits such as drought, stress-tolerance or crops with in-built health advantages?

Philip Shaw: Yes, in-built health advantage, more functional tangible food benefits should be key. Why not use GM to attack E-coli? Why not use it to improve children’s health? All of this can be done, but government regulation is key. Those first-generation benefits are fickle at best, there is some snake oil in the mix and too much of the profits go to Monsanto.

Stephen Powles: If European growers had access to RR/Bt crops I am sure that they would find them advantageous. Second-generation traits may come but I would not hold my breath.

Bruce Lee & Gary Fitt: I definitely think for Europe a communication of the potential benefits that a particular GM crop may bring to all consumers would be beneficial. It is important to stress that GM is just one of the options available to meet growing food demand. Health traits, if they cannot be produced by any means other than GM, may be a potential way to communicate the benefits of the technology in Europe.

Blake Hurst: It is not in my interest that you adopt any of these technologies at all, but if you do, I see no reason at all why you wouldn’t want access to every kind of genetically modified seed.