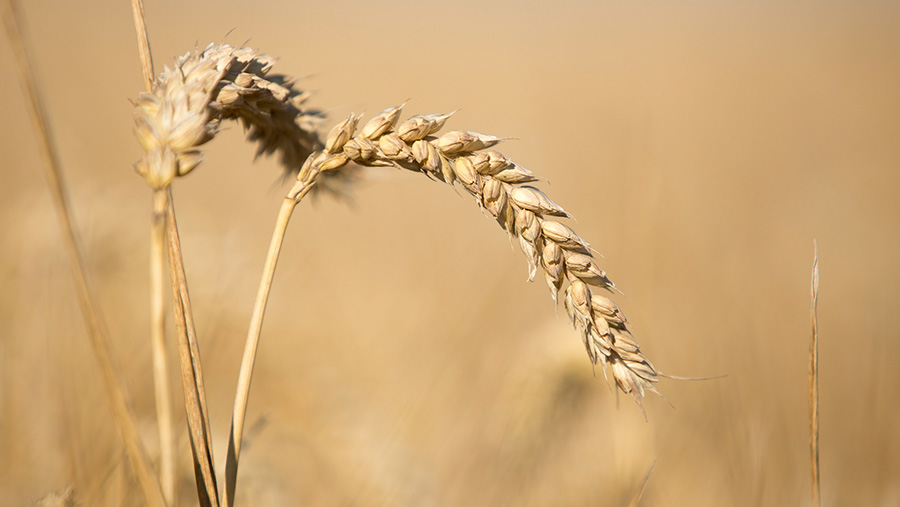 Genetically modified wheat crops could see a leap in yields after glasshouse trials showed a massive 40% increase in grain output.

Researchers focusing on making the photosynthesis process in wheat plants more efficient are hoping to have the first field trial of this new wheat crop drilled next spring.

The new wheat plants – with genes added from a grass called stiff brome – have been showed to assimilate carbon dioxide better than conventional wheat which led to a big jump in crop biomass.

Three UK research bodies are joining forces, including the Universities of Essex and Lancaster together with Rothamsted Research, to look at the use of GM technology for the first time to increase crop yields.

“We have seen yield increases of 20 to 40% in greenhouse pots, although this in not a yield indication for the field,” Christine Raines from the University of Essex told a briefing on Friday (4 November).

The researchers said even if they saw half that yield rise they would be delighted, as there is a need to break through the barrier to wheat yields which has been seen in recent years.

The research project applied on Thursday (3 November) to Defra for the go-ahead to grow the wheat trial which would amount to just under 100sq m of the crop being grown in Rothamsted’s fenced GM-dedicated 3.2ha growing area.

They are planning to use the technology in the spring wheat variety Cadenza at Rothamsted in 2017 and also in 2018 if the trial is improved.

The researchers identified that the process of photosynthesis can be limited by the lack of the enzyme SBPase, so they are looking to increase the level by engineering wheat plants by introducing a SPBase gene from stiff brome.

“We are improving photosynthesis to improve the yield of wheat,” said Elizabete Carmo-Silva of Lancaster University.

If this technique does work then this trait could be transferred to other crops, while wheat yields could be further increased by looking at other enzyme levels which might be boosted, the researchers said.

Currently, only GM maize is grown commercially in the EU.

This is grown largely in Spain and is used to protect the crop against a weevil pest, called the European corn borer.

Such is the level of opposition across Europe to GM technology there have been no other GM crops approved and subsequently grown since 1998.

A recent trial at Rothamsted looking at GM wheat designed to repel aphids disappointed researchers as the crop was seen to be no better protected than conventional wheat.

This trial in 2012 and 2013 was targeted by anti-GM campaigners and the wheat plots had to be protected by a high fence, with the cost of the whole trial subsequently rising to nearly £3m.

The cost of the current GM trial is about £866,000, with nearly £700,000 coming from the UK government funded Biotechnology and Biological Sciences Research Council and the rest by the US Department of Agriculture.