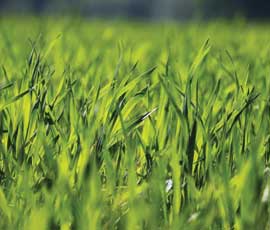 The GM wheat trial crop at Rothamsted Research’s test site in Hertfordshire has been successfully harvested – four months after a bid to destroy the experiment failed.

The crop was harvested at the end of August.

The project aims to see whether genetically modified wheat can deter aphids in the field.

Following a break-in at the site in May, Hector Christie, 51, of Instow, north Devon, caused “significant” damage to the crop. Mr Christie scaled a fence, scattered seed and pulled up crops, but his actions failed to disrupt the course of the field trial. A court later fined him nearly £4,000 after he pleaded guilty to criminal damage.

The anti-GM lobby group Take the Flour Back had also threatened to destroy the crop. But police thwarted an attempt to storm the site by 200 protesters in May.

A spokesman for Rothamsted Research said scientists were relieved to have completed the first year of the two-year £1m experiment, especially considering it had come under attack.

“The crop was harvested in late August, so half of the experiment is done,” said a spokesman for Rothamsted Research.

“We are pleased that we have got to this stage and the crop was not destroyed, but it will not be considered a success until we get all the data next year.”

Critics fear that this year’s variable growing conditions will not give an accurate reflection about how the crop might perform in a typical growing year.

However, Rothamsted said this season’s wet weather could be an advantage in the long term.

“The weather has been variable this year, so if it improves next year we will have some robust data about how the crop performs in contrasting growing seasons,” said the spokesman.

The Food and Environment Research Agency (FERA) released a statement confirming that the crop had been harvested in compliance with the Environmental Protection Act.

“The remaining material was discharged into 1t bags positioned within the plot, and these bags were sealed and labelled before being placed in the covered skips,” said the statement.

The skips were collected by a registered waste disposal contractor and taken away for deep burial in an approved landfill site.

The area has been sprayed with glyphosate to kill crop volunteers.

The trial will be repeated again next April at the same site, which will be protected by fencing, CCTV and 24-hour security.

After the crop is harvested a review will be published in a leading scientific journal next autumn.

Watch a video of the anti-GM wheat protest