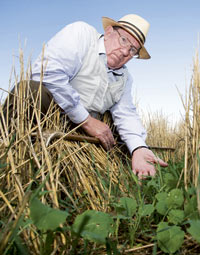 Drilling is going well for most of Farmers Weekly’s Barometer farmers. But a lack of moisture has created problems for some 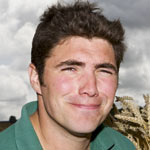 Peter Snell had just 80ha of sowing left at North Farm, Wimborne, Dorset, when he spoke to Farmers Weekly on Tuesday. “We could do with a bit of rain to soften things up, but it hasn’t slowed us down.”

Claire winter wheat drilled on 10 September had received Crystal (flufenacet + pendimethalin) and Hurricane (diflufenican). “It is now up and, so far, slug pressure is low with the dry conditions.” Einstein after grass and a small area of Saffron winter barley would be planted this week, he said.

Second wheat drilling was planned for the second week of October to minimise take-all risk, before moving onto Maris Widgeon for thatching straw. “We had some seed lined up, but germination was poor and we now need to source some farm seed – it is still in the straw at the moment.”

The lack of rain had caused some problems for Ian Bird, Catchgate Farm, Castle Eden, near Hartlepool but planting was still progressing well.

“All 80ha oilseed rape was drilled by the end of August, but the last 16ha had about 2in rain in an hour – it’s now like concrete and plants can’t break through – it’s a bit of a contrast to last year.”

Wheat drilling started on 24 September after a breakdown put the farm’s main drilling tractor, a Case 310 Magnum, out of action. “We were waiting for the parts for a week and when they arrived it still couldn’t be fixed – we’re using a demonstrator now.”

Claire and Viscount first wheats were being sown at 150kg/ha and 185kg/ha, respectively. But soils were very dry and it was difficult to create a good seed-bed after the plough, he said. “There are 50 acres that are too hard to do anything with until it rains, but we are pushing with the rest.”

Duxford and Alchemy second wheats were also going in at 185kg/ha, he added. 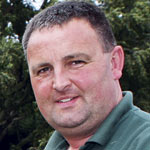 Simon Collins started wheat drilling in mid September at Chillington Farm, near Wolverhampton, with Scout at 130kg/ha. “Conditions were very dry on top, but moisture was showing when drilled,” he said.

Scout was followed by Panorama at 145kg/ha and he then planned to move on to 43ha of Saffron winter barley. “That leaves Soissons following maize and summer turnips once thay are finished by fattening lambs.”

Oilseed rape establishment had been good with most fields through the ground in less than a week. Hybrid variety Hammer performed particularly well, he added. 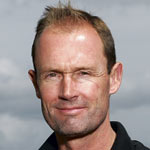 Andy Barr had made good progress in the dry going at East Lenham Farm, near Maidstone, Kent. “We should be finished in the first week of October (similar to last year) unless my rain dances actually work.”

Choosing the correct cultivations had been challenging, he said. “I now reckon if I have about six different cultivators and at least three drills I should be OK.”

His spraying plans has also been hampered. While waiting for soil moisture to apply wheat pre-emergence treatments, some of the crop had emerged. “I decided to go anyway, but I’m afraid the sprays won’t be as effective as I’d hoped.”

Oilseed rape was also due a mix to control broadleaved weeds and volunteers, but emergence has been slow and uneven. “In some places we may have to get rid of the moisture-robbing volunteers as soon as possible and worry about the broadleaved problem later.” 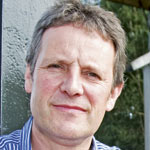 Chris Moore gave up waiting for rain at Fleet Farm, near Scunthorpe, and started drilling Viscount winter wheat from farm-saved seed on Tuesday. “I’ve held my nerve for three weeks waiting for rain, but we had to make a start.”

But he wasn’t complaining as the wait had allowed him to repair soil damage and catch up with general jobs. “We’ve subsoiled everything, leveled a couple of fields and caught up with jobs we been wating to do for years.”

Viscount seed was dressed with Deter (clothianidin) and would not receive a pre-emergence herbicide, he added. “It’s just too dry.” Gallant and Scout would be planted after the Viscount for seed, he added.

Soils had been so parched he had scrapped plans to drill 40ha of hybrid oilseed rape. “I’ve got £3000 worth of seed in the shed, but it’s just too dry to plant it now – I’ll have to think of something else.” 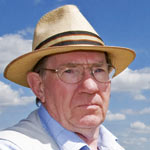 Oilseed rape, Autocast behind the combine header, was looking strong, if a little forward, and had received a growth requlator and Sunorg Pro (metconazole) fungicide.

First wheats including Grafton, Alchemy, and JB Diego were drilled in early September at 157kg/ha. Second wheat drilling started on 20 September with Scout and Glasgow, with seed rates upped to 188kg/ha.

All ground was sprayed with glyphosate before drilling and would not receive a pre-emergence herbicide, he added. The no-till system had conserved moisture and allowed them to keep going when others had been forced to stop. “People have been going along in a desert storm of dust, but there has been none of this with our system.

“But we need a bit of rain now to get things going.” 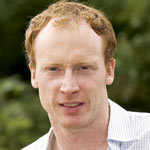 Although James Wray hadn’t started drilling on the ground he farms near Dungiven, Londonderry, he was pleased with progress. “Soil conditions are ideal and we are busy ploughing in chicken muck at the moment.”

Drilling was due to start next week using a contractor with a 6m Simba Horsh drill. “He can get through 200 acres a day, so I’m not too concerned about drilling at the moment.”

Zebedee would be planted as a first wheat and Duxford in the second wheat position, he said. “We will also start lifting potatoes next week.” 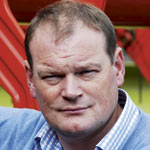 The past couple of weeks had seen an “incredible turnaround” on drilling progress at Trinlaymire Farm, Linlithgow, West Lothian, said Mike Eagers.

He had already planted 200ha winter barley, 400ha winter wheat and hoped to be finished by the weekend. “We’ve had a Terrano cultivator and Simba press running through the night to keep ahead of the drill.”

Although soil was dry, everything had been rolled and moisture wasn’t a problem, he said. “We haven’t had the germination issues that growers in the south have reported.”

Second wheat area had been increased at the expense of spring barley, he added, “I’m not convinced of the spring barley price.”