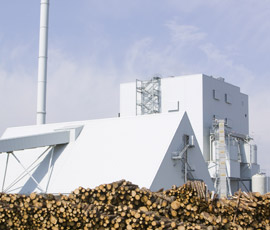 The government has been urged to provide more support for UK-produced biofuels, as they are among the most environmentally sustainable in the world.

Representatives from the biofuels industry met with parliament’s Energy and Climate Change Committee this week to call for more to be done with UK policy to encourage uptake of biofuels.

The Renewable Transport Fuels Group said there was an “urgent need to decarbonise transport” and a consistent regulatory environment supporting conventional and advanced biofuel production was essential.

It said the Renewable Transport Fuel Obligation and mandating of sustainability standards under the Renewable Energy Directive had encouraged some market development, but both needed to go further.

A lack of biofuel inclusion targets under the RTFO beyond the 5% by 2014 was causing great uncertainty for biofuel investors in the UK, with many looking to move R&D elsewhere, particularly the US, it said.

“The UK biofuels industry urgently needs a linear trajectory to 2020 to be confirmed so that investment can be re-started, in particular for advanced biofuels, providing jobs and growth for the UK.”

UK-produced biofuels could provide greenhouse gas savings of well over 70% compared with fossil fuels, which greatly exceeded the mandatory saving of 35% required under the RED, due to rise to 50% on 1 January 2017, the RTFG said.

The committee was also told how by-products from biofuel production helped address “food versus fuel” concerns related to indirect land use change. By-products such as Dried Distillers Grains with Solubles and rape meal provided a high protein animal feed, thereby producing both food and fuel.

“However, ILUC has now become a political issue which needs a political solution. The effect on UK investment in sustainable biofuels has been disastrous with UK projects at best stalled and at worst, transferred to other countries such as the US. The European Commission will be putting forward proposals on ILUC shortly and we urge ministers to reach an early decision.”