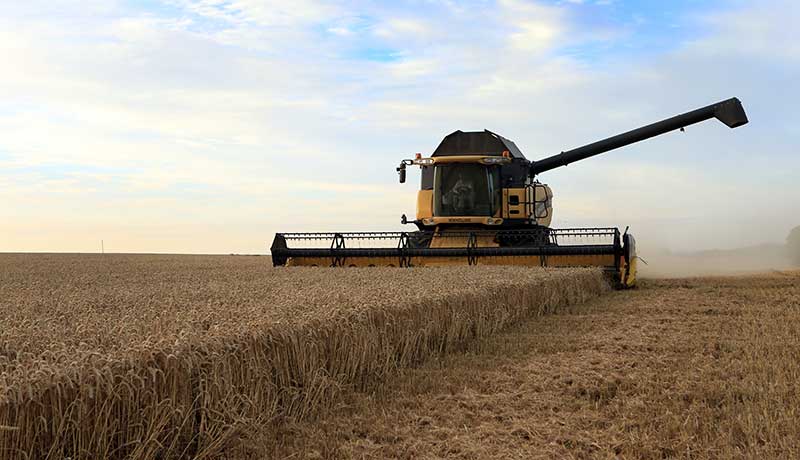 Wheat, maize and soya futures from Chicago to Paris tumbled in reaction to the news, with London wheat futures dropping as low as £117.25/t for November 2015.

“The result was brutal on the funds and brutal on any long holder of wheat, maize and particularly soya,” said independent grain trader Robert Kerr.

“The forecasts were well outside expected parameters – it caught a lot of people on the hop.”

The unexpected devaluation of the Chinese yuan, designed to support Chinese exports, had added to the downward pressure, said AHDB analyst Arthur Marshall.

“With China importing large amounts of commodities, these become relatively more expensive for Chinese buyers as the currency falls. As such, prices have had to fall in order to retain Chinese demand.”

Gary Bright, managing director at GrainCo, said farmers in northern England and Scotland were struggling to find buyers for their wheat, at almost any price.

“On top of that we’ve had a record carryover of wheat and are getting unexpectedly good yields. UK wheat is too expensive to export, and even if the price dropped demonstrably there doesn’t seem to be much buying demand.”

Today (13 August) most futures markets recovered some of their losses, putting UK feed wheat at about £106/t ex-farm for harvest and £112/t for November, depending on location.

Oilseed rape was down to about £242/t spot and £250/t for November, with Group 1 milling wheat premiums rapidly heading below £20/t, said Mr Kerr.

In the short-term, large wheat crops and harvest pressure would continue the bearish tone, but longer term there was a lot that could happen before the US, Canadian and Australian crops were safely in the barn, he added.

“The feeling is that the USDA maize stocks are significantly overstated, and given the dry weather there is no way the EU will produce the amount of maize that’s being predicted. There’s still plenty to play for.”