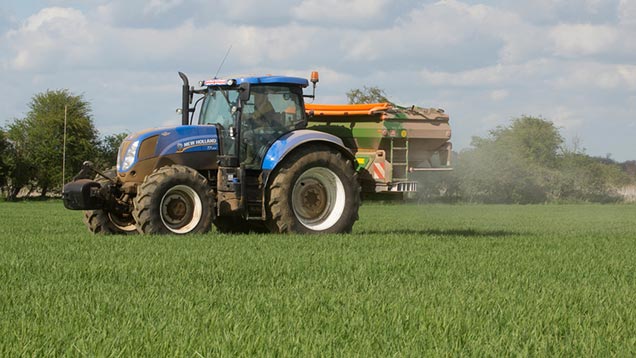 Growing spring barley on a malting contract could be an attractive option for growers looking for a premium-priced crop with low input costs which allows them to get serious about blackgrass.

With many growers cutting back their oilseed rape area or ditching it entirely this season, high-yielding malting varieties of spring barley are expected to fill some of the gap left by the crop.

However, they are being urged not to grow speculatively, following the biggest barley crop in 18 years this summer, which saw average spring barley yields up 2.4% at 6t/ha, and the overall area grown rise 1.1%.

Typically about 30% of malting barley is grown without a contract.

In the past decade new spring barley varieties have delivered big increases in average yields, closing the gap with winter barley.

A succession of high-yielding barley harvests makes for challenging markets in terms of price, according to Stuart Shand, malting barley sales director at Gleadell Agriculture.

To add to this pressure, China – the world’s biggest importer of barley – has bought 5% less this year while closer to home, beer sales have slipped due to a lack of big summer sporting events.

Therefore, he strongly advises growers to lock in to a malting barley contract to shelter from short-term price volatility.

“Everyone has been bullish and wrongly predicted demand for barley. It all means selling malting barley that is not already contracted is very challenging at the moment,” he explains.

“If you don’t have a contract for your malting barley you will struggle to sell and really will be hoping for other crops that are contracted to fail,” adds Mr Shand.

However, he insists the long-term future remains bright for malting barley growers, with the potential for premiums hitting £20/t or more over feed prices.

“Despite the surplus at the moment we are living on ‘just in time’ and so we are really only one bad crop away from prices and premiums changing.”

He adds that more growers are seeing the additional benefit of spring cropping, with less fertiliser needed and the rotational advantages. Barley has been the crop of the years in recent harvests.

Syngenta seed and seed treatment manager Samantha Brooke says the fall in the oilseed rape area this season and the European Union’s three-crop rule makes spring barley a natural choice for many growers.

“The three-crop rule means spring barley is a good-value, easy-to-grow option and with no yield difference between feed and malting varieties, it is worth growing a malting variety,” she says.

“Growers will already be set up to store the grain, unlike other alternatives such as spring beans, and there has been a massive increase in yield potential in the past 10 years thanks to new varieties.”

Ms Brooke points to Rothamsted Research evidence, which found growing a spring cereal reduced blackgrass populations by an average of 88% compared with September-drilled wheat, as another clear advantage.

A candidate variety of dual-purpose spring malting barley could bridge the yield gap between brewing and distilling crops, if it makes it on to the AHDB Recommended List next month.

Sygenta’s Laureate variety has already undergone small-scale testing with the Institute of Brewing & Distilling (IBD), with larger tests to be conducted during harvest 2016.

“We believe Laureate should go on the Recommended List as the joint highest-yielding spring barley variety and by far the highest-yielding dual-purpose variety,” says Sygenta’s seed and seed treatment manager Samantha Brooke.

“Northern growers have been crying out for a variety that does well in the North and can go to distillers. While Laureate is as good as the other top varieties across the UK as a whole, crucially it stands out at the top in the North.”

If the variety makes it on to the Recommended List it will have the highest untreated yield at 111% of control, a testament to its strong disease resistance, adds Ms Brooke.

Stuart Shand of Gleadell Agriculture thinks there could be potential for a new spring barley variety to be taken up by brewers and maltsters more quickly than in normal circumstances because the industry wants another reliable variety.

“The distillers are desperate to get a new variety because of the problems shown with the late Scottish harvest this year and grain skinning. This means there is potential for a faster take-up than normal because they don’t want to rely so heavily on the same varieties.”