A Suffolk cereal grower has achieved a yield of over 10t/ha in a field that has grown wheat for 30 consecutive years.

The Grafton wheat in the 22ha field at Ivy House Farm came off at 10.2tonnes/ha – a little down on last year’s 10.76t/ha yield, but in line with the rest of the farm’s average.

See also: How Northumberland came to the top of the world wheat map

The field in question is on a slope with heavy loam at the highest end going down to clay, and is always the first to be drilled, after all first wheat is in the ground, using a spring tine drill. 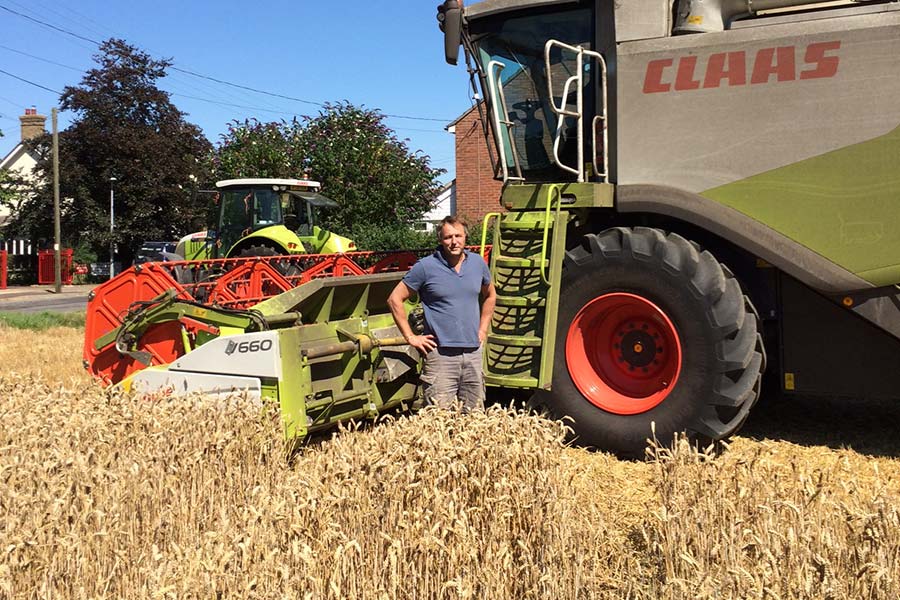 It gets a heavy coating of pig muck and is ploughed in early September, and then is run over with the press and power harrow.

Until around five years ago, Mr Baker used to grow JB Diego in the field. However, he found that Grafton worked well for him because it was ready early, combined nicely and produced good straw.

This enables him to trade straw for muck with a neighbouring pig farmer early and get on with cultivations.

Mr Baker said that the field suffers very few disease problems. There are no issues with take-all and blackgrass is not currently a concern. 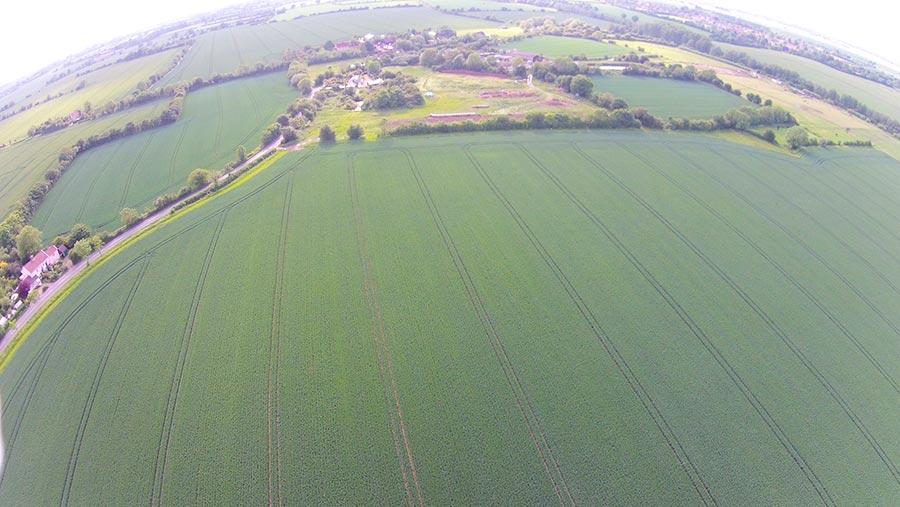 An aerial view of the field at Ivy House Farm

“When we bought the field 25 years ago, the bottom half was rife with blackgrass, it was a real mess. But over the years we have completely got on top of it.”

“My agronomist has been with me 10 years and he has never seen blackgrass in that field, until this year.”

Mr Baker thinks that the warm, wet weather has probably contributed to the return of the “odd plant”, but he is confident he can tackle it before next year’s harvest.

He will be looking to drill Grafton in the field again around 20 September and is hopeful for another successful crop from the field.