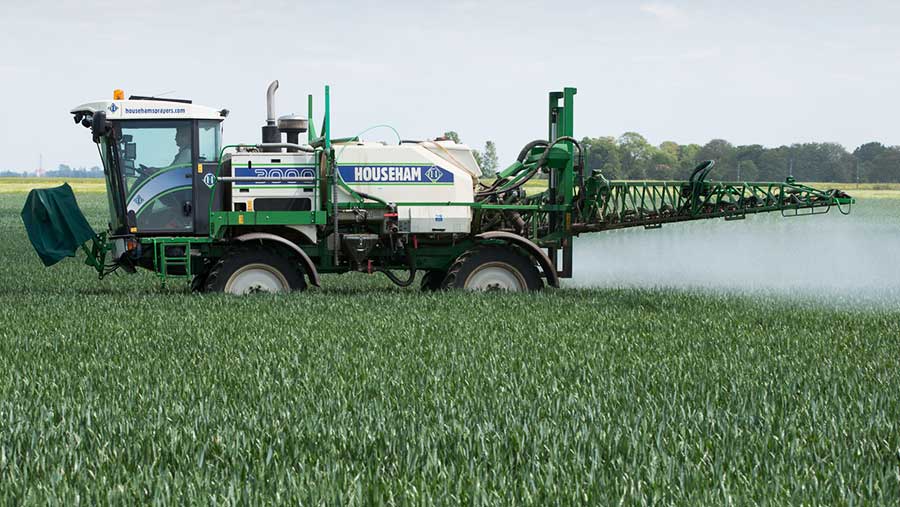 Azoles will form the backbone of all fungicide programmes being applied in the next few weeks and growers are set to benefit from a new active in within three years.

This class of fungicide has proven its value against diseases that can severely damage crops and compromise the quality of farmers’ harvests, such as septoria and rusts in cereals.

However, it is 10 years since the last UK launch of a fungicide active with this mode of action and in that time, growers have efficacy decline in their existing armoury.

On top of this, there are concerns over the threat of septoria developing resistance to SDHI fungicides and azoles have a key role in reducing this risk.

This week saw agchem giant BASF submit the regulatory dossier for a new active ingredient, Revysol, to the European Union (EU). The compound is expected to be the company’s new blockbuster fungicide from the azole chemical class.

“Undoubtedly, Revysol will be another striking compound that delivers significant benefits to farmers around the globe,” said Markus Heldt, president of BASF’s Crop Protection division.

As farmers continue to need product diversity for mixing or alternating mode of actions, he believes it has a vital role in future resistance management.

Extensive research has shown its outstanding biological performance against a range of difficult to control pathogens, he said.

The first market introductions are expected for 2019.