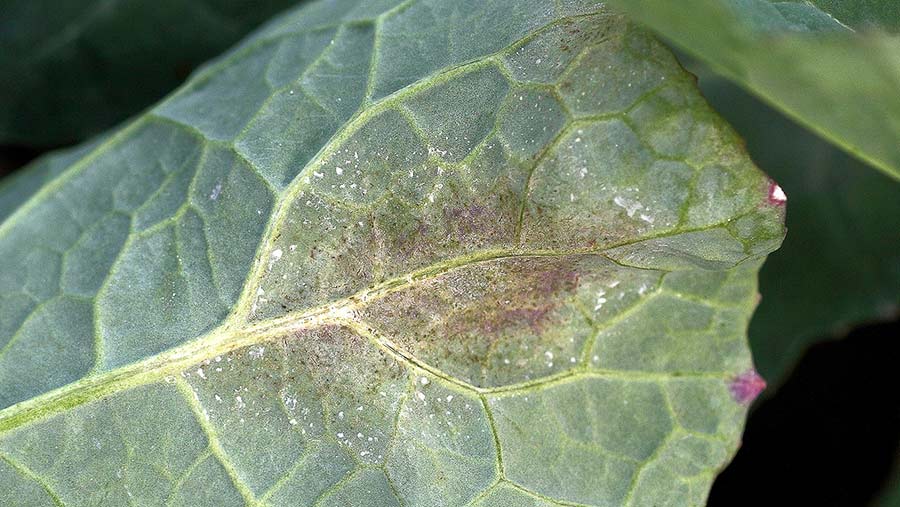 Oilseed rape growers are being urged to inspect and monitor their crops for the yield-damaging disease, light leaf spot, despite the heavy workload facing many farmers, as a result of the late spring.

Heavy rain and wintry conditions since the start of the year could have helped the wet-weather disease develop, and clear symptoms could well be seen as the temperatures rise.

Historically, the disease was a severe problem in Scotland and northern England, but is now seen extensively in the south of the country too. Untreated crops have been shown to suffer losses of more than 50%.

Independent agronomist Sean Sparling, said it is vital growers regularly examine their crops, giving them the best chance to combat any possible outbreaks.

“When you walk into a field, and don’t need to look for it, then you’ve got a problem. At this time of year, as soon as you see signs of light leaf spot, you need to act,” added Mr Sparling, who is also chairman of the Association of Independent Crop Consultants.

He highlighted that light leaf spot is growing in prevalence, and he is using azole fungicides prothioconazole and tebuconazole in his Lincolnshire area to fight the disease.

The general idea used to be that light leaf spot would affect one in seven plants, however, it is now a disease which can be very severe and requires close attention, said Mr Sparling.

Faye Ritchie, plant pathologist at crop consultant Adas, agreed with Mr Sparling, saying her advice is to monitor the crop, and only treat if there is a clear risk of the disease.