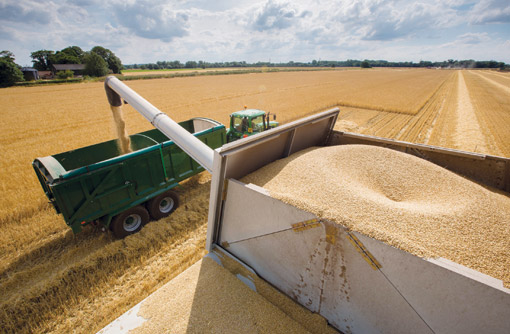 Winter and spring barley have proved some of the star performers this summer. However, their good performance in the field has not been matched in the marketplace with prices plummeting.

As Crops went to press (2 September), 99% of winter barley had been cut with yields slightly above average, at 6.5-6.9t/ha, according to an ADAS report. “Specific weights have ranged 64-69kg/hl, averaging at 67kg/hl.”

Spring barley has also fared well so far with about 30% of the UK area harvested; yield estimates are at about 5.5-5.8t/ha with an average specific weight of 66kg/hl.

“There was so much spring barley that was drilled in adverse conditions and on land that had never seen spring barley before, it was a surprise get such a pleasing crop,” says Philip Darke, managing director at Camgrain.

“Some growers didn’t go on until the last week of April – first week of May,” he explains.

After the well-documented conditions experienced last autumn, many growers reverted to putting spring barley in the ground and have been rewarded with some excellent crops so far.

Mr Darke highlights many growers from Wiltshire, Warwickshire and East Anglia have all fared particularly well with their spring barley.

“Some have been extraordinary good and a lot of it has made malting specification.

“We’ve seen nice samples and low nitrogens in Propino and Tipple, while Concerto has been running slightly higher, but still looking good.”

Openfield arable technical manager David Leaper says spring barley has out yielded winter crops in many situations. “It got off to a good start, and as a consequence, we saw good yields and excellent quality.”

Winter barley has proved a bit more of a mixed bag. However on the whole, looks to have performed well across the UK.

Mr Darke says that there have been no standout varieties with all of them performing fairly well.

“All the usual suspects have produced good yields. Cassata and Flagon have done well and we’ve not really seen any issues.

“The only thing that has been a bit depressing is the price, because they have gone back to the feed barley price,” he explains.

“It’s been tough, but in the end most people seem to have been getting over 3t/acre.”

“The yield results are where we would expect them to be over the five-year mean.

“The variety Optic is where we would expect it to be at about 95%. Propino is doing well, 2% above its long term, while the candidate variety Shada has impressed at 111%.”

HGCA’S Recommended List technical manager Bill Handley says variety performance has been in line with what was expected.

“The old favourite Retriever, which is always up there on the Recommended List has done well. It normally comes up with the yields, but only some farmers will grow it because of its lower specific weight. It’s a high output, low quality variety.”

The new variety KWS Glacier has impressed this year, giving a better specific weight that Retriever and in the long term is higher yielding, according to Mr Handley.

“Glacier has got to be the future because it is a much better package. It’s the highest yielding on the RL and it hasn’t disappointed this year.”

Another variety that has done well is the feed variety Harlequin, which Mr Handley says growers should be keeping an eye on.

“Its long-term position might actually come up a little bit because it has had a good year. The only thing we are a little worried about is its standing ability, which people will need to watch.”

Hybrid winter barley Volume has performed relatively well, being about 1% behind the two-row Glacier, according to Mr Handley.

“On this year’s performance, it is probably disappointing as a six-row hybrid, but it is still up there with the best.

“In the long term though, it is still 3% higher yielding than Glacier and 2% than Retriever.”