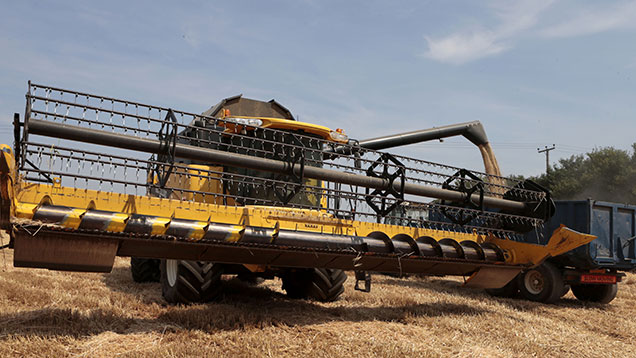 Grower and seed producer Richard Monk has seen high winter barley yields of more than 11t/ha from his crop this year.

Earlier this week he harvested 18.5ha of Glacier which weighed in at 11.5t/ha.

It was a first winter barely which followed a crop of linseed, meanwhile a second barley crop of the same variety also yielded at 10t/ha average.

Mr Monk is based in Stockbridge, Hampshire, and sells the majority of its winter barley to merchant Pearce Seeds.

Mr Monk said: “It is certainly a very pleasing year for us.

Last year Mr Monk was pleased with 9t/ha yields from his two-rows – both Glacier and Tower doing well.

Three years ago he was happy with yields of 7.5t/ha from the likes of Cassia and Cassata.

Conventional winter oilseed rape crops were desiccated two weeks ago and are now ready for harvest, while seed crops are left to ripen naturally.