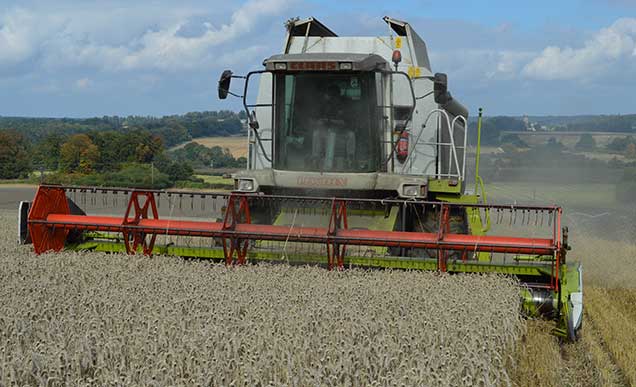 One-fifth of the UK spring barley crop is still to be cut, while the winter wheat harvest nears completion. The majority of the crops waiting to be combined is in Scotland.

The delays due to rain are having an effect on the quality of late-harvested wheat and oats, although the quality of barley is holding up well, with most meeting malting specifications, reported crop scientists group Adas

Overall, almost 95% of the UK combinable crop area has been cut, according to Adas’s latest weekly report up to 22 September. This includes 97% of winter wheat, 80% of spring barley, 95% of oats and 60% of spring oilseed rape.

In Scotland, the spring barley harvest is about 65% complete, making it the latest harvest in recent years, estimated to be three to four weeks later than normal. This was due to delayed crop maturity followed by delays due to rain as the crops started to ripen.

National yield estimate are above 10-year averages for all crops, Adas added.