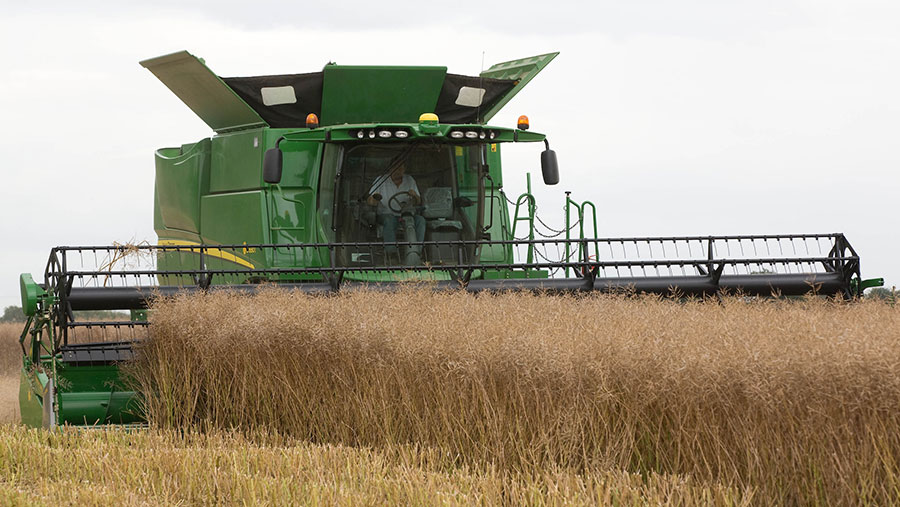 The winter barley and oilseed rape harvest is making steady progress across England with growing evidence the drought earlier this year is proving costly in terms of yields and quality.

Crops are varying widely, with results being highly dependent on soil type with crops on heavier soils performing best.

Many areas of the UK experienced a bone-dry spring, putting crops under stress, followed by high temperatures in June, leading some crops on light land to die on their feet.

In Wiltshire, Martin Smart has cut about 243ha of winter barley at P&J Awdry and Son’s Ashton Farms, Trowbridge, with extremely mixed results.

“We’ve cut Hyvido Belfry and Galation, and it ranged from 6.8t/ha on stony brash soils, where it just died on its feet, to 9.3t/ha on heavier land,” he said.

“You could see the outlines of all the old medieval villages and hedge rows when combining – it was like flying a drone.” 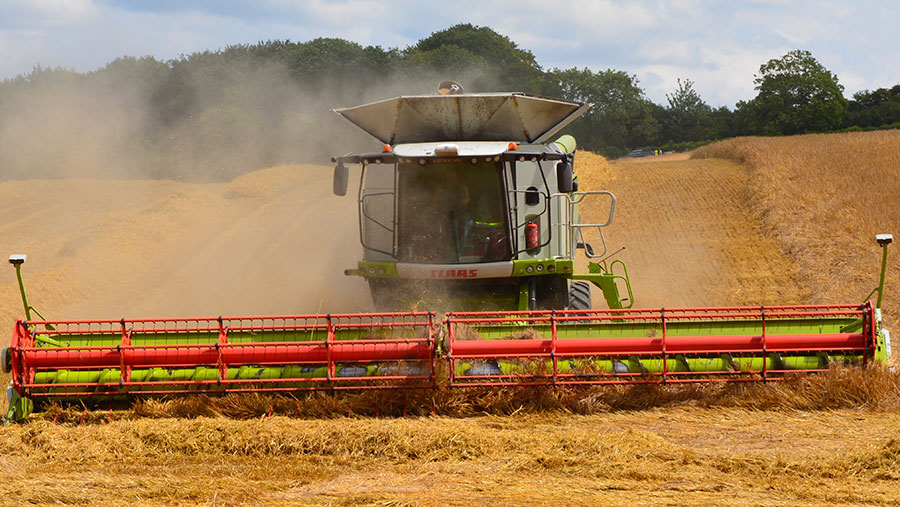 This picture posted on the Farmers Weekly Harvest 2017 gallery by “jam-esh” shows a combine cutting laid down winter barley in East Dorset © jam-est/www.fwi.co.uk

The crops were extremely dry and dusty, coming off at 11.5-14% moisture, even after this week’s rain.

“The straw is really variable, as is the sample. The grain was a dirty, dark colour on the light land but lovely and golden on the heavier soil,” explained Mr Smart.

Specific weights were reasonable, at 64-65kg/hl, although some samples needed cleaning, he added.

Having sprayed off the oilseed rape, Mr Smart expected to start combining that next week. “We’ve got Alizze and Harnas entered for the Yield Enhancement Network and it looks absolutely stunning. I can’t wait to cut it and will be really disappointed if it doesn’t yield well.”

“We had some rapeseed doing 3.84t/ha and some down at 2.5t/ha,” he said. “The cold start and drought really punished the crops on the lighter sandy land, but yields are better on the stronger soil.”

The winter barley had come off at between 6.5t/ha and 8.7t/ha, with specific weights averaging 66-67kg/hl.

“We’ll be into some winter oats next week – it’s been a very early start and everyone is just nibbling away at bits and pieces,” he added.

“The wheat has lost a lot of tillers, so I just hope the bushel weight is going to be there. It’s not going to be a vintage year: There haven’t been any highlights yet.”

“The Cassia winter barley yielded 6.5t/ha which is quite a bit below the four-year rolling average,” said farm manager Ian Ashbridge.

“There’s no doubt it will have aborted the odd tiller.”

However, specific weights were good, at more than 70kg/hl, and it was all dry in the barn at 13.5% moisture.

Elgar oilseed rape was also in the barn – possibly the earliest cut in the district, he added. That yielded 3t/ha. 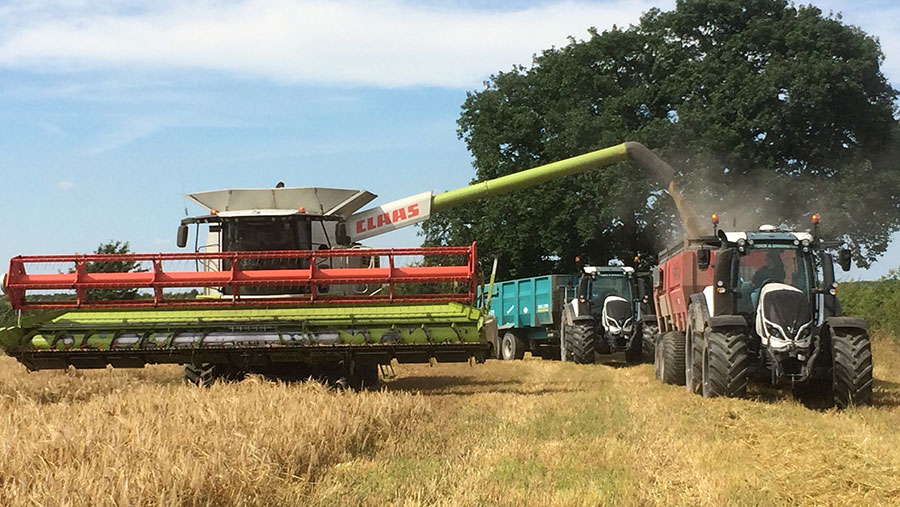 In Kent, Robert Shove had lost a lot of his oilseed rape to drought at Lillechurch Farm, Lower Higham, Rochester, and had only just desiccated the remainder. “We’ll be into it in a couple of weeks,” he explained.

“It all looks fantastic, but I think the oilseed rape and winter barley is going to be ready at the same time,” he said. “It’s ready to go now, we’re just waiting for it to dry out a bit.”