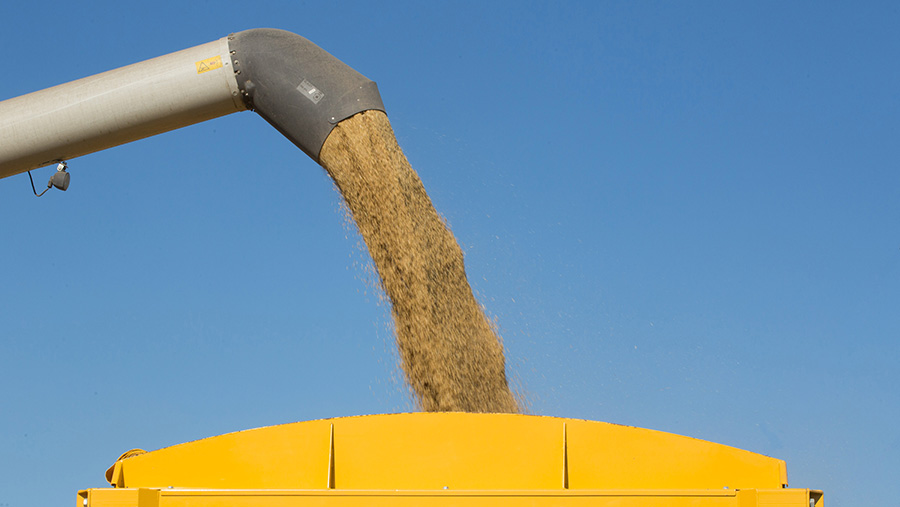 Hybrid winter barley has earned its place in the rotation for one Suffolk grower this season by out-yielding conventional varieties to get within touching distance of 10t/ha.

Although seed costs alone were in the region of £100/ha with a dual-purpose seed dressing, Ben Larter, partner at Plant Larter Farms, said that the variety’s superior vigour justified the additional spend and resulted in the increased yield.

Although the crop looked good before harvest, he said he was pleasantly surprised with the weighbridge verified yield of 9.8t/ha across the 55ha of Bazooka planted.

The 1,600ha operation has soil types ranging from light, blowing sand through to heavy clays, he explained, with the crop drilled into the more marginal land where there was a blackgrass issue.

The crop recovered more quickly in the spring than its conventional equivalents and he said it coped better with the dry conditions during March and April, allowing it to out-compete blackgrass more effectively.

He pushed the variety hard, putting on all of the 200kg/N/ha post-emergence alongside a robust plant growth regulation programme to combat Bazooka’s tendency to grow tall, with the AHDB Recommended List putting it at 111cm with PGR.

“We did have a bit go over this year,” Mr Larter said, but with plenty of farmers in the area wanting straw he said a tall variety isn’t a big problem for him providing it can be managed effectively.

This is their second season of growing hybrid barley after trying a small amount of Volume last year, which Mr Larter said “didn’t set the world on fire”.

He plans to grow a larger percentage of his 170ha of winter barley as hybrids next year, but said that he will continue to keep an open mind, as conventional varieties continue to improve their performance year on year.