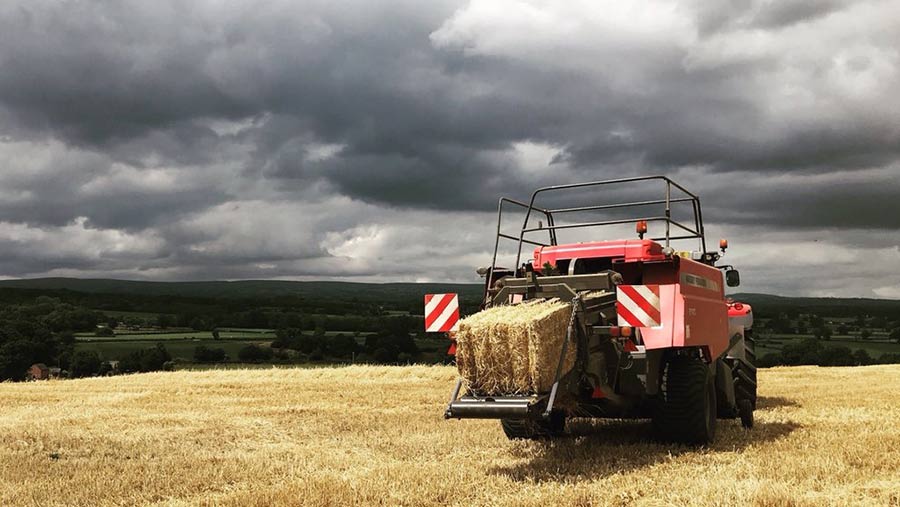 Despite rain stopping play for a day or two, winter barley and oilseed rape harvests are mostly wrapped up. With the forecast for temperatures to rise again, merchants are expecting an influx of wheat and the beginnings of the spring barley.

In Lincolnshire 20,000t of feed barley, oilseed rape, milling wheat and the beginnings of spring barley have arrived at Woldgrain near Gainsborough.

“The quality of all the crops is very good at the moment,” said Dan Murphy, laboratory and haulage manager. The short spell of wet weather had slowed proceedings but normally Woldgrain wouldn’t have expected to receive any crop until 20 July.

“Skyfall has been of decent quality, with good Hagberg and protein, which probably suggests it didn’t yield as well,” he said. Moisture contents for Skyfall average 12.8%, with specific weights at 80.5kg/hl, Hagbergs at 388, protein at 12.9% and screenings of 3%.

Late-drilled spring barley yields could be down by as much as 40%. “We’ve only seen Planet so far – it’s looking very good,” Mr Murphy said. However, its appearance is unusual. “It’s pale and bleached – I’ve never seen anything like it.”

Low moisture contents and red seed were a concern in oilseed rape, he added. “Some growers have struggled to cut anything over 6% moisture – which then could be rejected.” 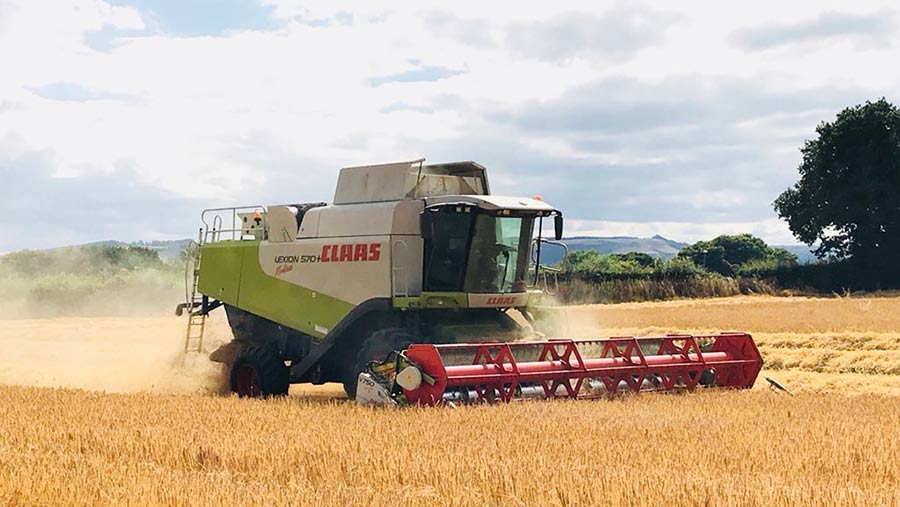 Further south, harvest has moved well into wheat and oats – about 10 days before normal.

So far everything had been very good quality, said Duncan Lyon, store manager at Devon Grain. “It has been a lot better than expected,” he said.

Will Evans has only 10ha of winter wheat left to cut at Lower Eyton Farm, near Wrexham, with Skyfall and Sundance averaging 9t/ha. “It’s absolutely unheard of – finishing in July. We started wheat in September last year,” he said.

Glacier and Surge winter barley came off at 8t/ha, but the spring barley didn’t get off to the best start due to the wet spring, and Mr Evans had to re-sow it. Despite that, although not record breaking, yields and quality are good.

“Overall we’re extremely pleased,” he said. I thought it would be disastrous but it’s nowhere near as bad as we thought. The straw yielded well at 5t/ha and the phone has been ringing off the hook – I could have sold five times more.”

Across in Wingham, Kent, winter barley harvest is pretty much finished. “Everything is dry but roughly 10% down on yields,” said Robert Preston, regional sales manager at Frontier. Oilseed rape yields are mixed but not far off average.

“It is a little early for wheat, but the protein and bushel weights look good so far,” he said.

Mr Preston hadn’t seen any spring barley yet, possibly due to the short spell of rain over the weekend.
“Considering the conditions we’ve had leading up to harvest, yields are about or just below the five-year average,” he said.