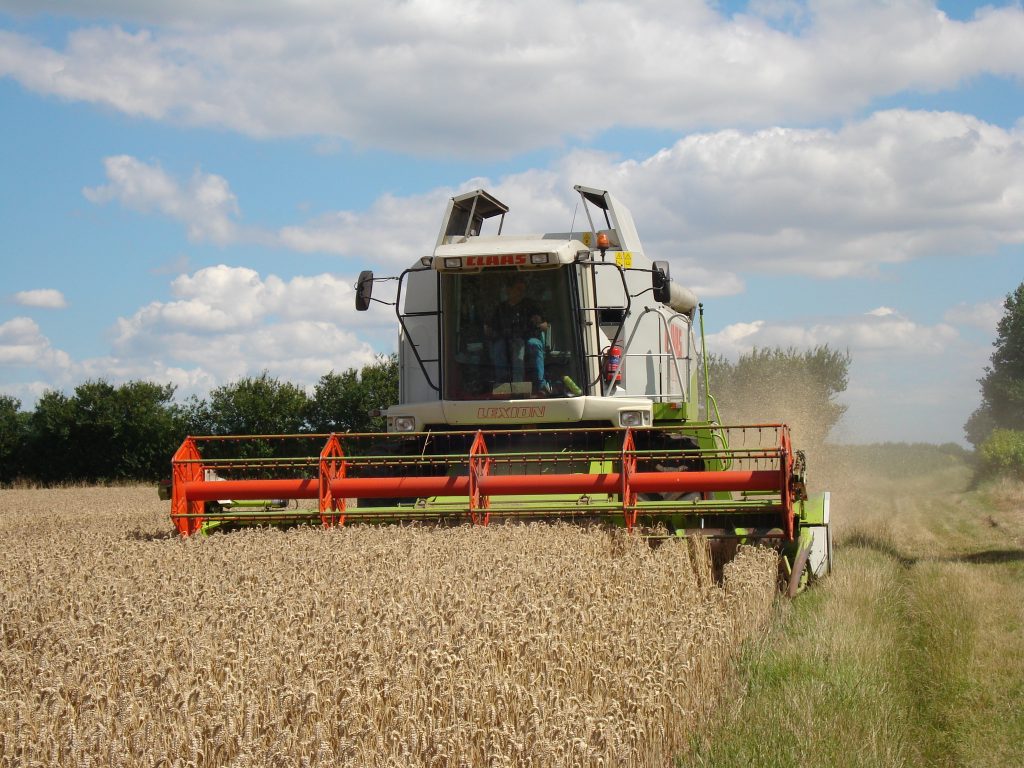 Combines made the most of a fine day across the , pushing deeper into wheat in the south and east.

While yields appear lower than average, farms were welcoming ever firmer prices.

Einstein wheat yields disappointed Tim Lock of in who put yields at 1.25t/ha (0.5 t/acre) below average.

He said: “Yields are definitely down, but prices are significantly up.”

Jeffrey Claydon had 24ha (60 acres) of Ambrosia finished, which yielded about 9 t/ha (3.6t/acre), performing better as a second wheat than a first.

He was still pushing on through his 160ha (400 acres) of winter wheat.

Also hoping for a good weather forecast was Hugh Jones near Rhyl, who wanted to wrap up his 24ha (60 acres) of winter wheat by this weekend.

He thought yields would turn out well, and he welcomed the ongoing bull run in grain markets.

In contrast the wheat harvest is nearly over for Alan Willet who hoped to complete winter wheat today at Ernest Doe Farm, Ulting, near Maldon, Essex.

“It’s been a nightmare with rain off and on. Slowly but surely we’re getting there,” Mr Willet said.

Grain trader Nick Mathew of Bartholomew’s, Chichester, expected output to be lower across the board.

Mr Mathew said that combines had cleared about half the wheat over southern , and yields appeared to struggle. Overall he expected harvest to finish a lot earlier than normal.