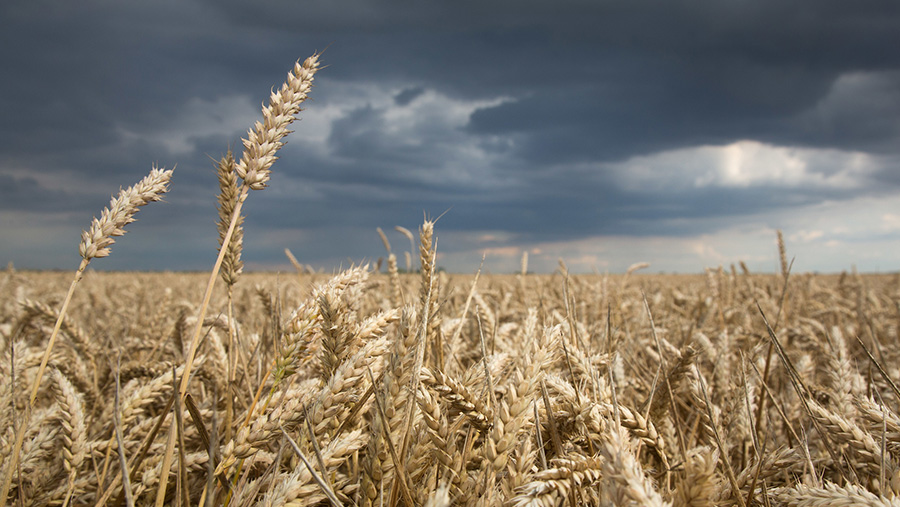 Despite a big global harvest, the latest forecasts suggest that EU-28 wheat production is down on average by 10% this year compared with 2015.

Rapeseed production is similarly down by 9.2%, according to a working party established by the European farm organisation Copa-Cogeca.

“Yields are lower and the situation could worsen for the total EU-28 cereals crops as harvests are on-going in some countries,” he said.

France was particularly badly hit with a sharp drop of 30% in cereal output due mainly to bad weather, said Mr Shulman.

Without cash, they can’t buy enough certified seed or fertilisers to sow their new crops for the next season which could result in another poor EU harvest next year Max Schulman, Copa-Cogeca

“Many countries have also suffered from pests and diseases this year and its becoming harder to combat them as they become more resistant to crop-protection products.

“There are not enough effective crop-protection products on the market.”

The bad situation facing farmers was exacerbated by a global bumper cereals harvest which was forcing down prices and leaving EU farmers with severe cashflow problems.

Mr Shulman said: “Without cash, they can’t buy enough certified seed or fertilisers to sow their new crops for the next season which could result in another poor EU harvest next year.”

Copa-Cogeca oilseeds chairman Arnaud Rousseau said the decline in rapeseed output was due at least in part to poor weather and increasing insect attacks.

“We need to rethink current EU policy on approving plant protection products – otherwise rapeseed producers will lose one of the major crops in their rotation system.”