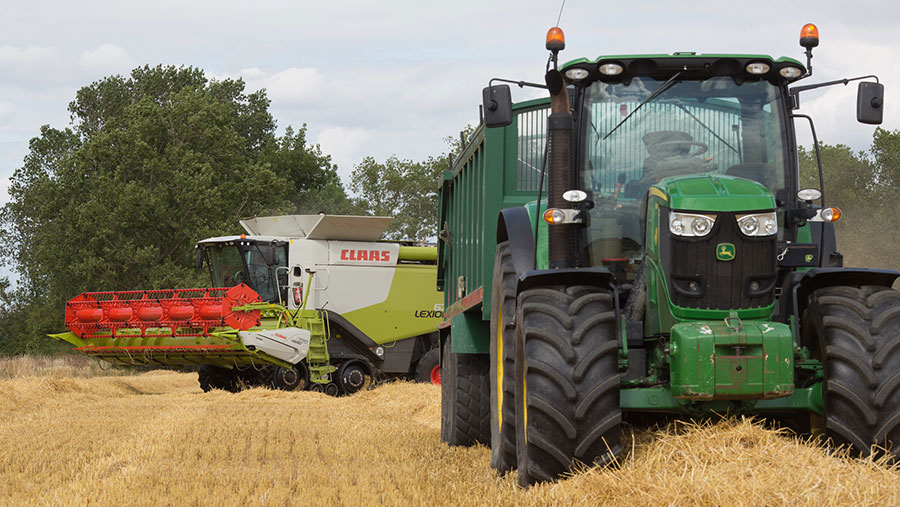 Harvest is spreading across the UK this week with increasing numbers of farmers further north and west swinging into action as crops swiftly ripen.

Although rain temporarily shelved combining plans for some growers earlier in the week, warm weather and a drying wind saw many able to quickly pick up where they left off, with oilseed rape harvest well under way for a significant number of growers.

In spite of the short hold up, many are running well ahead of schedule, with cultivation equipment swiftly following harvesters into the field in some regions to take advantage of good travelling conditions.

And we're into the oil seed rape #harvest17 #newholland pic.twitter.com/rKwsNdOolo

It's still all guns blazing at @ABC_Comms HQ. It's a full on race before the rain storms start. #Harvest17 pic.twitter.com/5Znszje49A

Proper start! Into the winter barley, perfect day for it. pic.twitter.com/grRcWokz08

Made a start in the winter barley in costa del west Cumbria pic.twitter.com/nBYTInU0Vr

Throughout harvest, we will aim to use as many of your photos in the magazine and online as possible.