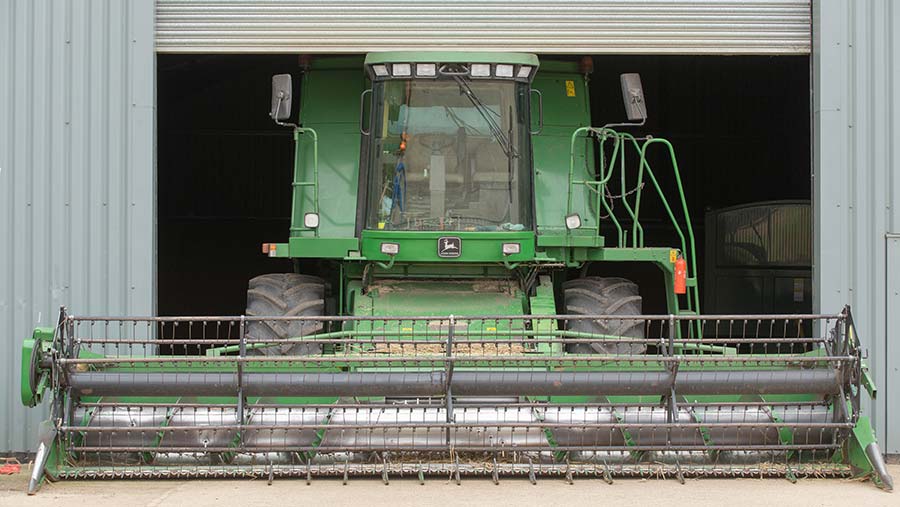 Combines have scarcely been seen venturing outside the shed this week as wet weather put a lid on any major harvest progress.

Emotions and frustrations have been running high as rain forced growers to watch as barley and oilseed rape crops fit for harvest got a soaking.

We’ve picked 13 tweets to give a flavour of the mood among arable farmers this week.

Some growers eagerly pressed on

When combining in the rain always remember the International rule for rain intensity:
It's not raining until you need the wiper! #harvest17 pic.twitter.com/wBVTmPMOff

While others were pinned down by wet weather

Emotions have been running high

There is a special gif just for #harvest17. pic.twitter.com/8B6XhK1NkL

Some made good use of the quiet time

Plenty are patiently waiting to crack on

I've been out checking the #WinterWheat this afternoon. It's ready, just a little bit damp… #aweekinyourwellies pic.twitter.com/XbeBNt9MIT

Others managed to grab enough of a break in the weather

#harvest17 is on again for a day @blicklingfarmer rain forecast tomorrow though. pic.twitter.com/Qp4nwKvZIW

Made a start on the wheat today. But like most days combining at the moment it ended with rain! #harvest17 pic.twitter.com/a95nouSVl5