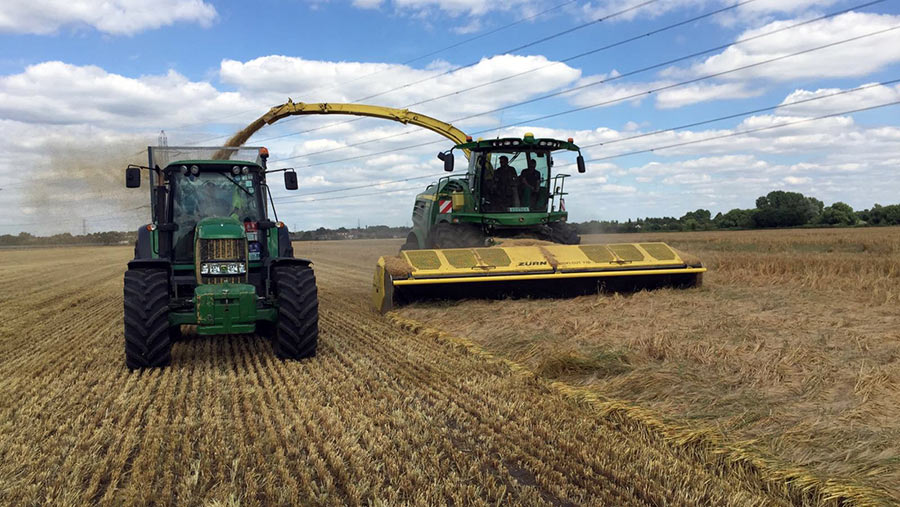 Berkshire grower Colin Rayner has turned to wholecropping his winter barley due to low grain prices as he kicked off his harvest on Wednesday (6 July).

He has decide to cut all his 60ha of winter barley early and send it to his local anaerobic digester plant and is quite pleased with the harvest of his crop, which is turning in a yield of 44t/ha.

With no costs to dry any grain, no fear of rejections, no screening claims and no AHDB levy to pay he says he will be “losing less money” this way than harvesting his crop as grain.

He is growing the variety Cassia at Berkyn Manor Farm, Horton, just three miles east of Windsor close to the M25 motorway on light gravel land near the Thames.

On such light land, Mr Rayner is often one of the first in the country to start his grain harvest, but his wholecropping solution means he will not have to tie up valuable grain storage space.

After making a start on this winter barley today, cutting it before the grain was fully ripe, he expects to finish his 60ha harvest by Thursday (7 July).