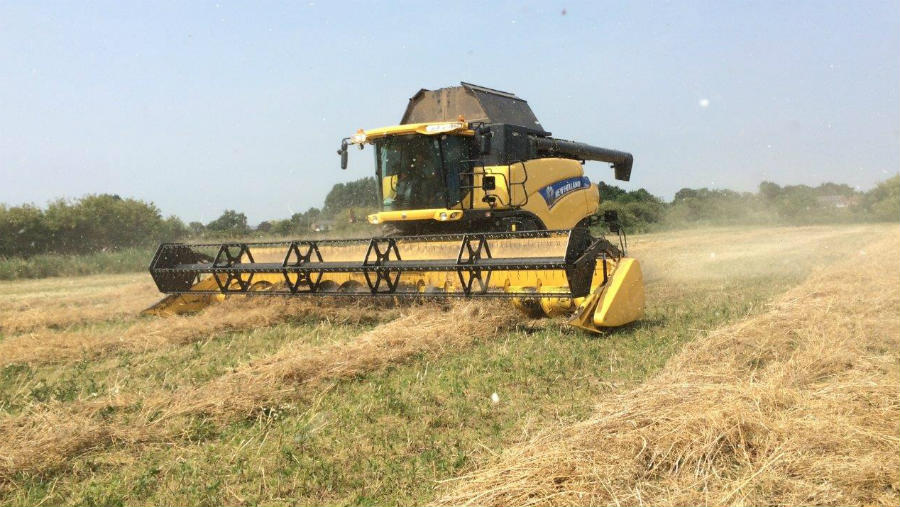 One of the first combines in the country was on the move yesterday collecting 8.5ha of a very unusual crop – organic stubble turnip seed.

They are one of only two growers of organic turnip seed in the country, and often one of the first to get out of the shed with a total of 13 different crops to get through.

The New Holland 8080 also has to work its way through organic and conventional crops of spring barley and winter wheat, as well as winter barley, oilseed rape, red clover, peas, canary seed, and red and white millet.

The farm is often one of the final places in the country to put its combine to bed, with a crop of sunflowers not ready to cut until mid-October.

Many of the crops are sold as bird feed mixes, explained Mr Watts, saying they are the biggest sellers of British-grown bird seed in the country, shifting 2,000t/year.