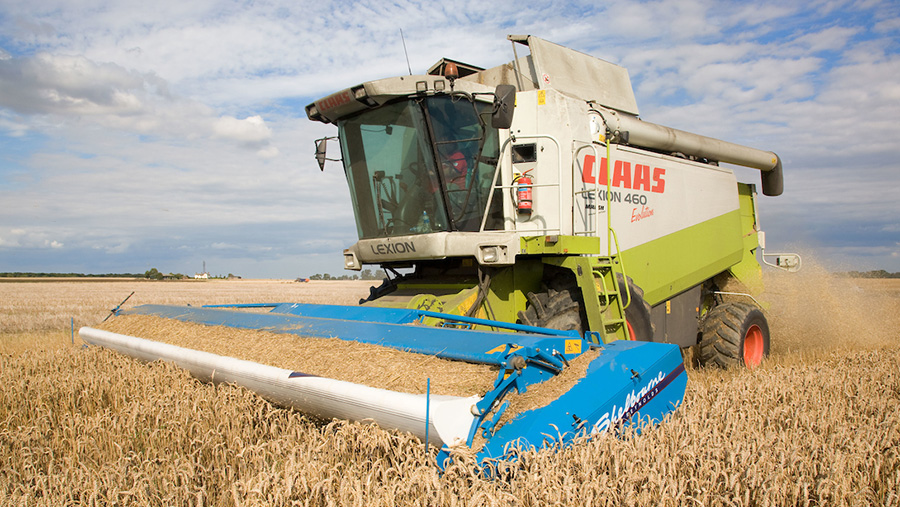 Harvesting has picked up pace in the recent dry weather with 40% of winter wheat combined with a fifth of spring barley in the barn, according to the latest harvest report from crop consultants Adas.

This has seen 1.8m hectares of UK cereals and oilseed rape harvested up to 16 August, or about 55% of the national crop, bringing combining progress in line with the five-year average after a slow start to this season’s harvesting.

Early wheat yields are typically about 7.8-8.0t/ha in line with the UK five-year average of 7.9t/ha, and the best yields are being seen in the eastern and south-west regions of England.

Protein levels of crops cut in the last week averaged 12.8% within a 11.3-14% range, specific weights average 76kg/hl, and most milling samples were more than 300 Hagberg.

Oil contents are variable but are tending to average on the low side at 42%.