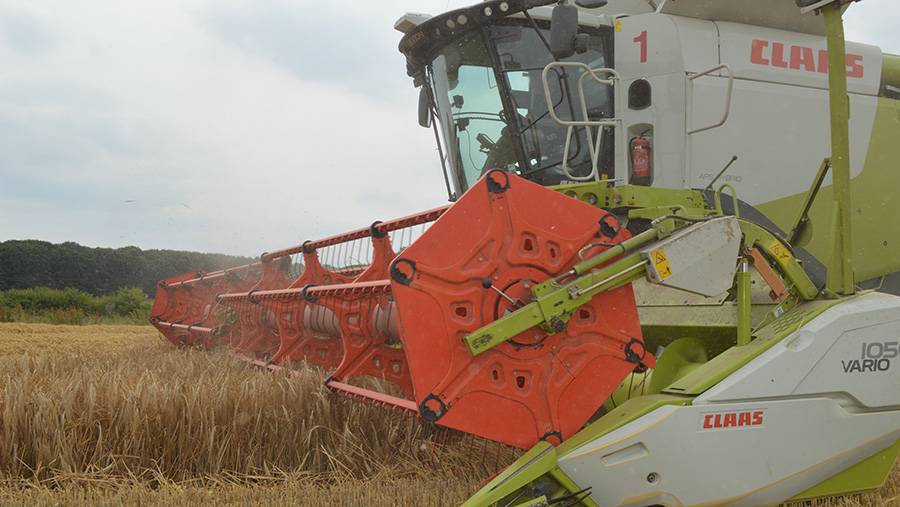 The winter barley harvest is 60% complete across the UK while some 40% of the oilseed rape crop is now cut, according to the latest harvest report from crop consultants Adas.

This means the UK cereals and oilseed rape harvest is now 14% complete up to 2 August, equivalent to 490,000ha of crops combined, which is just behind the five-year average for harvest progress.

The winter barley harvest is nearing completion in the South and East of the UK, with harvest over 95% complete in south-east and south-west England, and 85% finished in the eastern region.

Yields of winter barley and oilseed rape are highly variable and often below farm averages, and early indications are that specific weights of barley are low.

Some crops in the East have yielded close to farm averages, while further west yields have tended to be 5-15% below average yields, said the report.

Oilseed rape yields are typically 3.1-3.3t/ha within a range of 1.7-4.3t/ha after a five-year average of 3.6t/ha. Reports from a number of regions show that seed size is smaller than average and oil contents are low.

The first winter wheat crops have been harvested in the South, and early quality indications look good although harvest is not expected to start in earnest in the South of England until next week.