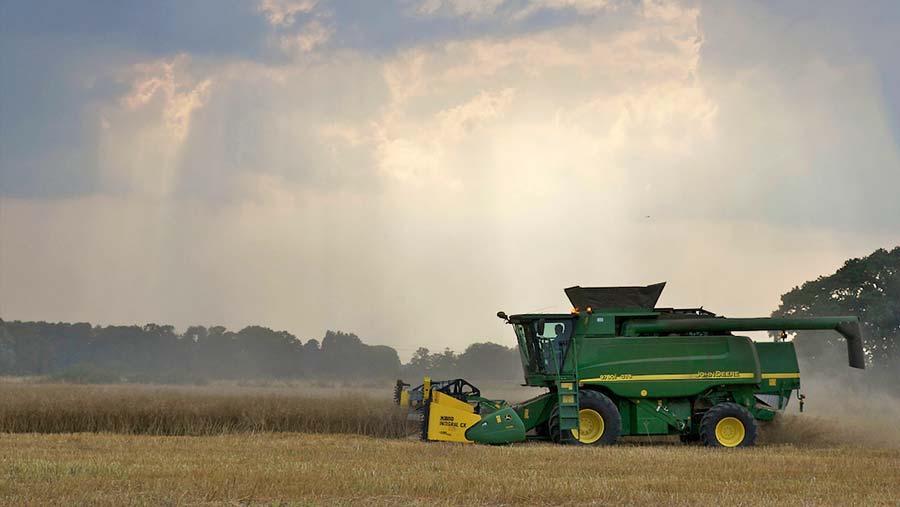 Heavy downpours of rain over the past week are leaving many cereal and oilseed rape growers feeling frustrated, and have caused disappointing harvest results in some places.

Stephen Moore, near Salisbury, is disheartened by the level of sprouting in his crop of Planet malting spring barley.

With 40ha still to cut, Mr Moore feared huge financial losses should his barley not make the malting grade.

With just over 76ha of Illustrious and Crusoe milling winter wheat now fit to cut he was not holding out much hope for the harvest.

“There is nothing you can do to prepare for the weather. We’ve got the quantity but not the quality,” he added.

Further south, the feeling of disappointment was echoed at Tregirls Farm, Padstow, Cornwall. 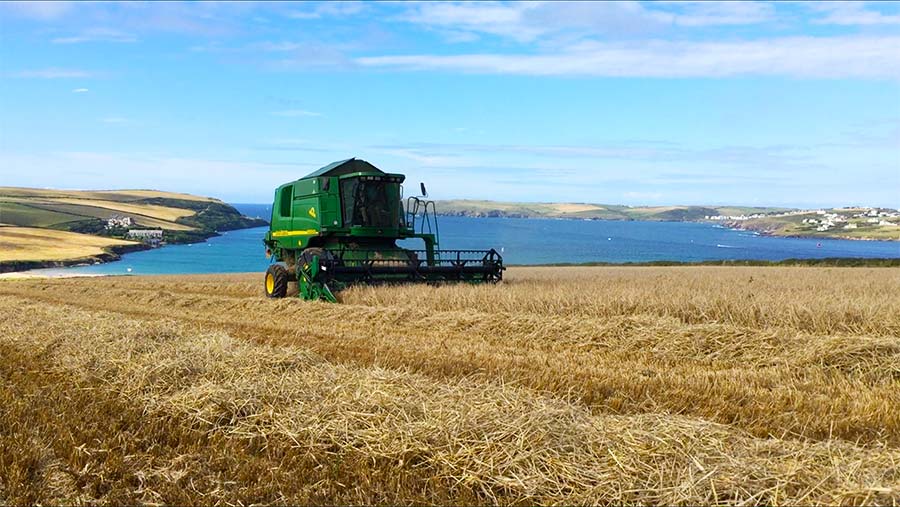 “Yields this year have averaged around 6t/ha. Though yields are pretty poor, I expected the worst – this is better than I had feared,” he said.

He also has 120ha of Propino malting spring barley to harvest, but this should be under way by the first week of August.

“Yields have varied depending on variety. However, the conventional varieties have outperformed the hybrids – I think I will be growing just conventional oilseed rape next season,” he added.

Hybrid crops on the farm included varieties Exalte and Extrovert, which yielded 4.4t/ha and 4.47t/ha, with oil contents of 44-45%. However, this was trumped by conventional choices Trinity and Nikita – both averaging 4.7t/ha.

“It’s been a stop-start season, but when it has gone, it has gone very well,” he said.

Despite delays due to the rain, Tony Pulham was optimistic in Suffolk, with winter barley results better than expected at Hugh Pulham Farms, Stowmarket.

“We have harvested all 158ha of the hybrid variety Bazooka and yields have averaged 9.4t/ha – I am quite happy with that. Based on our 10-year average of 8.4t/ha, the harvest hasn’t been too bad,” he said.

“I’m most impressed by Incentive, which yielded around 4.7t/ha. However, I won’t be growing Sky again as it’s not the easiest to combine,” he said.

Winter wheat was also fit to cut on the farm, but wet weather had halted harvesting.

“The rain has been very frustrating. However, the barley and rape harvest has finished and I’m fairly happy with the results,” he said.

The farm grew 26ha of Cassia winter barley in three separate blocks this season, which yielded between 8.9t/ha and 10.1t/ha. Specific weights averaged 69kg/hl, while moisture ranged between 14% and 15%.

“This year we have averaged 4.7t/ha for the oilseed rape, which is an awful lot better than last year where yields plummeted to 3.5t/ha,” he added.