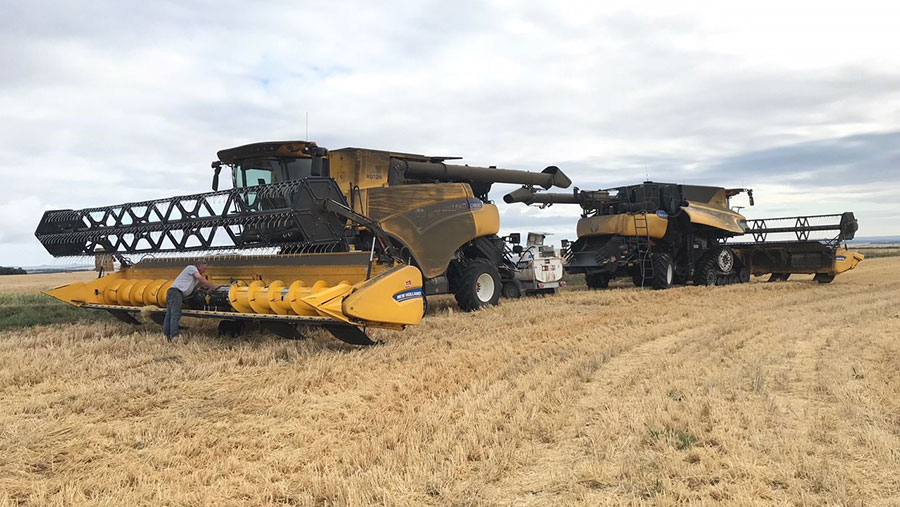 The wheat harvest is beginning to wrap up in some parts of the country and oilseed rape is also heading towards an early finish.

While yields of both crops are proving disappointing, low drying costs coupled with stronger prices of grain and straw are helping to bring some positives to the 2018 harvest. 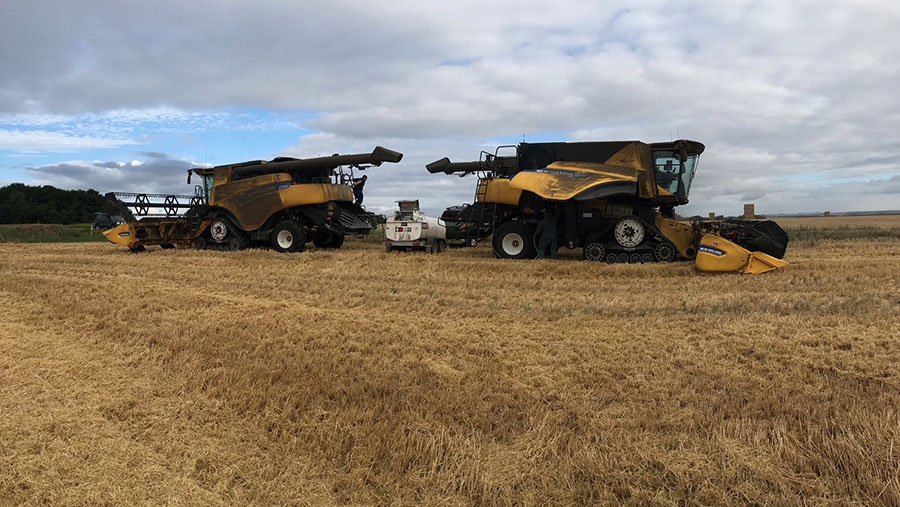 He has also cut 400ha of Concerto and Planet spring barley, with a nitrogen content of 1.75%.

“We’re in the middle of the spring barley which is coming off nicely – averaging 8.1t/ha with good quality and a really nice, bright sample,” he said.

Mr Stratton has made a start on the 180ha of oats with variable success, with Canyon yielding 7t/ha and Elyann at 8t/ha.

Although the yields are down he remains positive. “The quality is better, there were no drying costs and the price of straw is through the roof.”

The 500ha of Siskin winter wheat ranged from 5.9t/ha to 7.5t/ha. “It was very variable over the different land,” he explained. 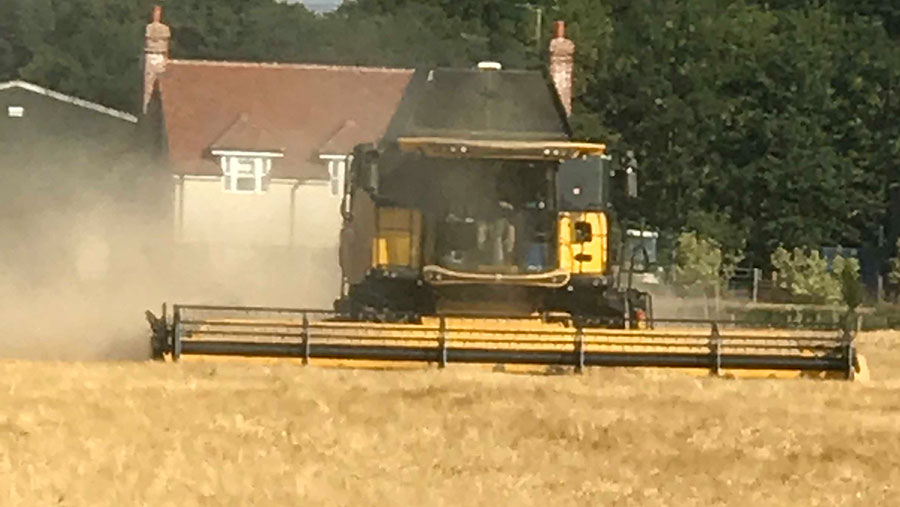 He also had 60ha of Planet spring barley which again varied according to soil type.

“Yields are disappointing – it’s more than 1t/ha down on last year, but the prices compensate.”

On the Pembrokeshire coast near Haverfordwest, Meurig Raymond has finished cutting his winter barley and oilseed rape as well as half of the wheat.

He was hoping to make a start on his spring barley at Trenewydd Fawr, but was delayed due to the rain.

The oilseed rape was disappointing, with yields of 3.6t/ha – which was 15-20% below the five-year average. Similarly, the wheat averaged 10t/ha which was 10-15% below his average.

However, the quality of the Graham and Costello wheat was good with specific weights of 78-80kg/hl.

Mr Raymond has concerns over his 40ha of Laureate and Planet spring barley. “The quality of the grain should be alright, but it is short.”

He also has 121ha of spring oilseed rape which he hopes had benefited from the recent rain. “If it did 3t/ha I would be happy.”

Heading north of the border, James Muir has finished his 9ha of Vodka winter oats at Arns Farm near Clackmannan, which yielded 8.4t/ha, with moisture at 13.5% and a specific weight of 57kg/hl.

“Yields are back about two-thirds from last year, but last year was exceptional,” Mr Muir said.

He hopes the 10ha of Zulu wheat and 32ha of Laureate barley will soon be ready.

“I’m not really hoping for much from the wheat – there’s not going to be a lot of straw,” he said.