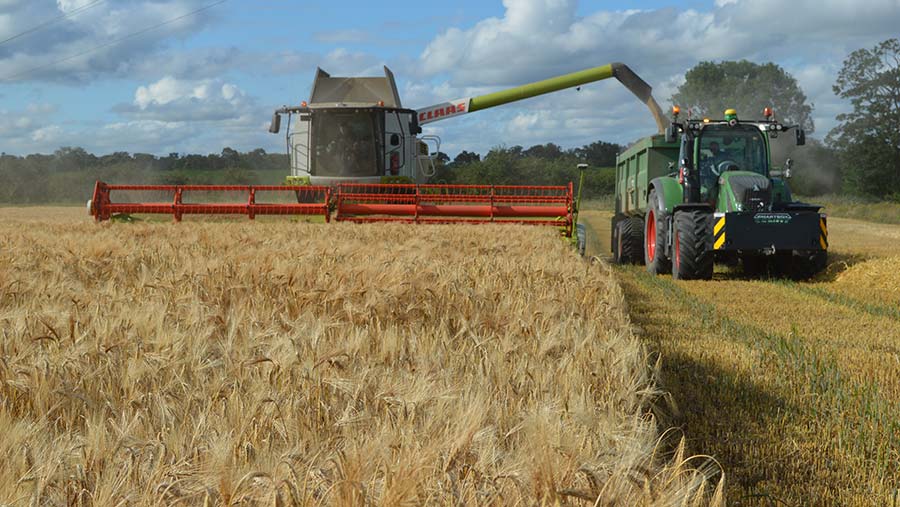 Winter barley harvest was racing head on one big Suffolk Breckland estate over the weekend, with the farm manager happy with the yield following a very dry spring.

Six-row hybrid variety Bazooka was being cut at the Euston Estate, just south of Thetford, and the crop grown for seed was averaging about 6t/ha.

“We are happy with the yield, considering the season and that it is a seed crop which was not pushed hard,” he told Farmers Weekly. 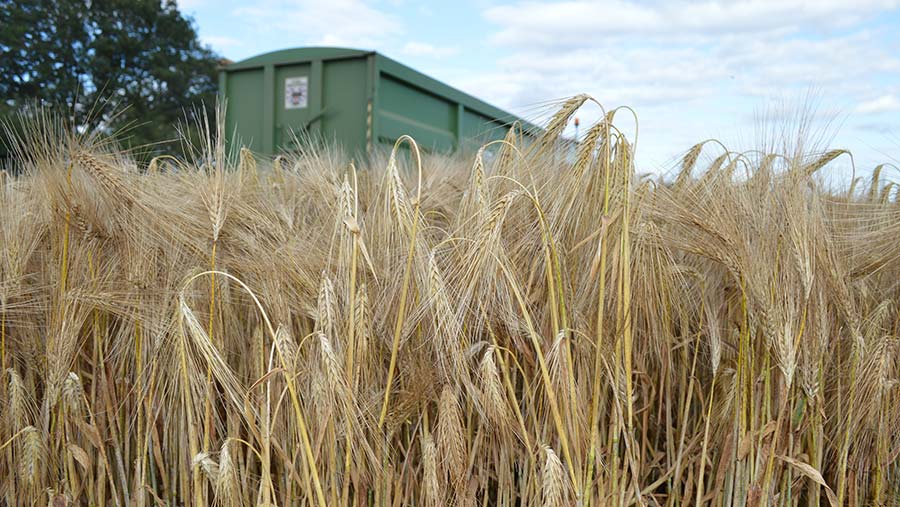 He described 6t/ha as an average yield for this very light sandy soil, and said the crop gave a good grain sample cut at about 13.5% moisture. The estate has already cut 100ha of the two-row winter barley variety Tower at a yield of 6.42t/ha.

The rain in late May and into June came after a very dry spring on this blow-away, light, sandy soil and has helped the estate’s milling wheat varieties, Skyfall and Solstice.

The winter barley grown for seed uses a low seed rate of 80kg/ha and only receives 120kg/ha of nitrogen fertiliser to give a good, even grain sample for the seed trade.