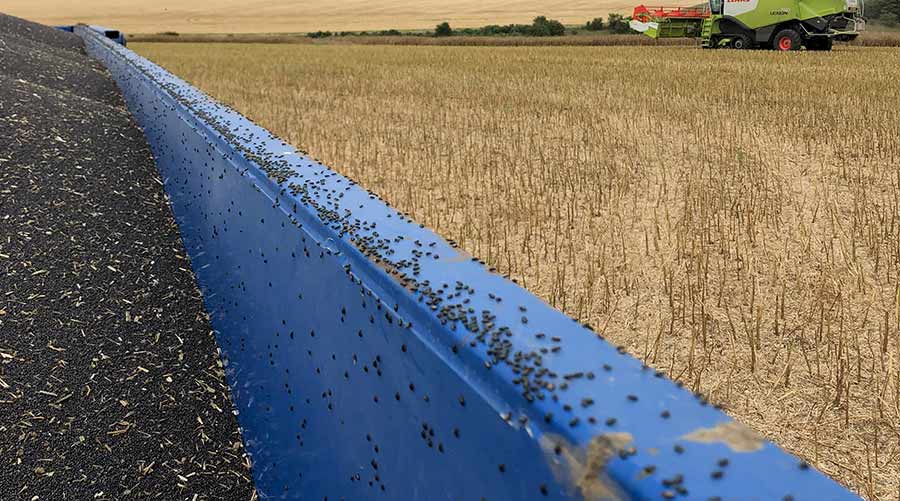 A Wiltshire farmer has been startled by the large numbers of cabbage stem flea beetles climbing out of his trailer, after unloading rapeseed from the combine in his highest-yielding field.

Ben Jeans was surprised to see the number of the little critters on the land at Broad Chalke just west of Salisbury, as the crop yielded a healthy 4.6t/ha and had suffered relatively little with attacks throughout the year.

The farm has a dairy herd and spreads cow muck on the fields before drilling OSR and Mr Jeans thinks that this is one of the limited benefits of owning the cows by being able to use the by-products elsewhere on the farm.

This 30ha field of Campus was one of the only fields to see large numbers of flea beetles at harvest, but actually yielded the best.

Back in the shed it was a similar story, with the heap looking like it was on the move at times.

Due to pressures of growing the crop, Mr Jeans reduced his area of OSR last year from 160ha down to 105ha on his 790ha chalk soils land and will be growing Campus and Aspire this year.