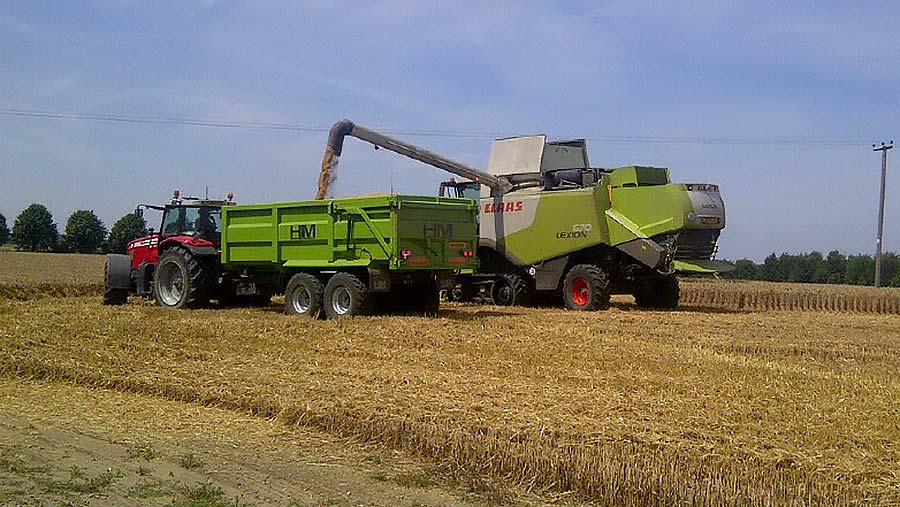 Wheat harvest is kicking off, with one of the first crops cut showing yields of about 8t/ha.

The wheat gave a bold sample, which was better than last year’s drought-hit, pinched grain.

David White in Cambridgeshire cut 20ha of the milling variety Zyatt on Wednesday afternoon on some of his lighter land, with grain moisture falling from 15.5% to about 13% through the day

“For winter wheat on light land this is reasonably respectable. It’s early days yet, but it’s a better start to harvest than last year,” he told Farmers Weekly.

The milling wheat was being loaded for transport to nearby grain co-operative Camgrain, where the grain quality will be fully assessed.

Mr White said the combine yield meter ranged from 7.75t/ha to 8.2t/ha through the crop.

“It’s obviously easier when it’s dry, and with temperatures over 30C, it is making combining a little quicker,” he added.

The 20ha harvested was on some of his lighter soil, and the rest of his 70ha of milling wheat still has a bit of sap in the straw and only be harvested by the end of next week.