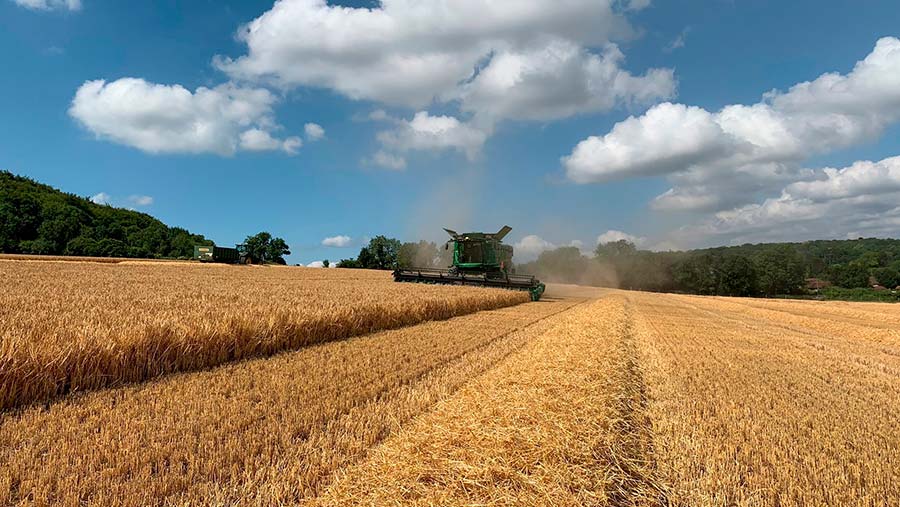 Barley quality and yields continue to look good, but as the focus shifts to oilseed rape cutting, farmers are starting to see the true cost of severe cabbage stem flea beetle infestations.

In West Sussex, the winter barley harvest is complete at Pitlands Farm, near Chichester, and yields have impressed farmer Andrew Huxham.

This year, he grew the two-row winter feed barley variety Orwell for the first time with some good results.

He said: “In terms of yield, we are averaging 9.2t/ha – with a good specific weight of around 65kg/hl – and everything came in at around 13-14% moisture. We will definitely be growing it again next season.”

However, things were not looking so positive on the oilseed rape front, with one particular block being very badly affected, he added.

“We started cutting our oilseed rape on 17 July – about a week earlier than normal. We have got four main blocks, one of which is pretty horrendous thanks to severe infection from cabbage stem flea beetle.”

Mr Huxham believes this could largely be due to a difference in drilling date and moisture levels compared with the other three blocks of oilseed rape on farm.

“The poor block did not receive any rain post-drilling and was drilled later so this is likely to have affected things,” he said. “The rest of the crop is averaging around 3.7t/ha – not amazing, but this is what I would budget for, so I am happy with that.”

“We are planning to start cutting rape on Monday, but we are actually in a bit of a bubble down here. On the [South Coast] Plain there are a lot of vegetable growers and not a lot of oilseed rape is grown, so we have benefited from that. 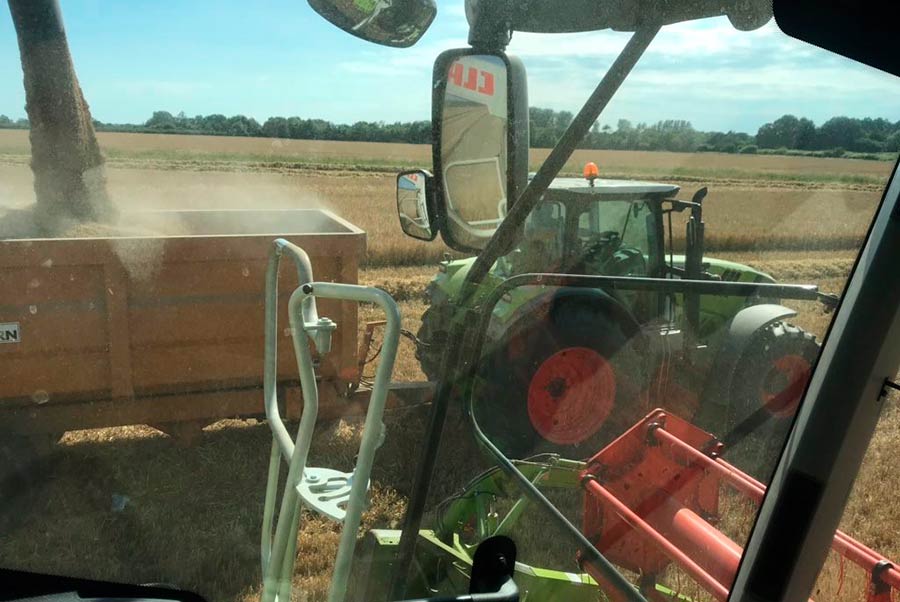 “While we had evidence of some larvae over the winter, the crop seems to have got away in the spring, and at the moment, it does not appear that we have been badly hit by any infection.”

With wheat, maize and beans still to cut, Mr Gentle said the rain in June could have saved things just in the nick of time.

“I’m quietly positive for a good harvest,” he said. “I think there is a lot of potential out there.”

The effects of a heavy cabbage stem flea beetle burden are also being felt further west near Salisbury, where Edward Parsons farms at Templemans Farm.

“So far, we have cut our crop of Campus oilseed rape and it has been pretty disastrous with a lot of flea beetle damage,” he said. “The yield average has been about 2.5t/ha.”

On a more positive note, winter barley harvest has drawn to a close on the farm – bringing in an average yield of 9.9t/ha.

“We grew 23ha of Craft on contract and it has performed fantastically – making malting spec with only 150kg/ha of nitrogen applied.”

Next to meet the combine will be Propino spring barley and Crusoe and Bassett winter wheat, which are still a couple of weeks away from cutting.

As well as this, Mr Parsons has grown some linseed this year in order to extend his rotation.

“I think that some of the problems we are having with crop performance is due to intense rotations – three years ago I was only growing three different crops,” he explains.

“Now, my motto is to grow as many different types as I can, to avoid putting all my eggs in one basket.”

With harvest slowly creeping further north, combines are rolling in East Yorkshire on a crop of winter barley, being harvested by farmer and contractor Jono Dixon.

“This was cut for a customer of mine who was growing Orwell for the second year in a row. In terms of yield, weighbridge results showed an average of 9.8t/ha, a specific weight of 67.4kg/hl and moisture levels of 14%.” 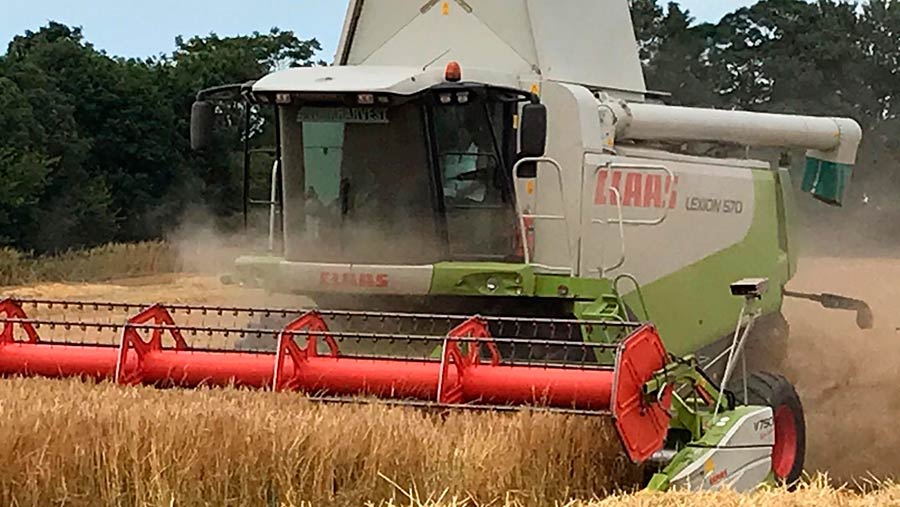 At his own farm in Sunk Island, wheat and spring barley crops are looking well, albeit still a few weeks away from cutting.

He said: “The potential is there for the crops, but only the combine will tell how good harvest 2019 will be.”