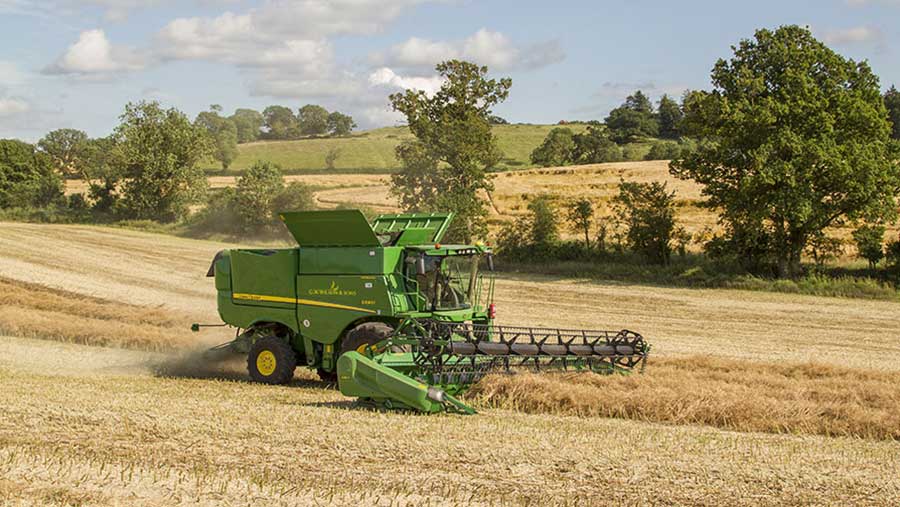 Lincolnshire grower Ian Willox is happy with the 14ha of oilseed rape he has just harvested at a yield of 4t/ha, although the rapeseed was still moving back in the shed due to cabbage stem flea beetles.

Although flea beetle damage was not as bad as in some areas, he could hear flea beetles clicking in his  pile of harvested oilseed rape, with beetles “hopping and bobbing” around to make it look as if the pile was moving.

He is growing the varieties Incentive and Campus, and the block he swathed and just harvested established well in the autumn, but he is more concerned about a further 22ha still to harvest, which struggled to establish well.

“We are pleasantly surprised with the yield given the problems with the dry spring, while the rain at the time of the nearby Cereals event probably came too late to help the oilseed rape,” Mr Willox told Farmers Weekly.

He is now moving into winter barley at his Birchwood Farm in Saxibly, just north-west of Lincoln in the River Trent valley, as he waits for the second block of oilseed rape to be ready.