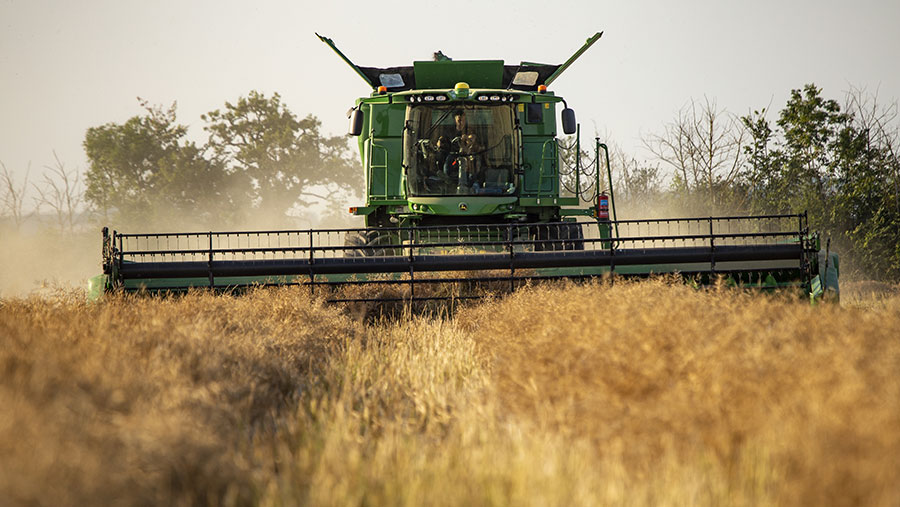 He has cut some 100ha of rapeseed, out of 280ha scheduled to harvest this season, across south Warwickshire from his base at Larkstoke farm, just south of Stratford-upon-Avon on the edge of the Cotswolds.

“We are very happy with the yields, given the battle against flea beetles and their larvae and drought,” he told Farmers Weekly. 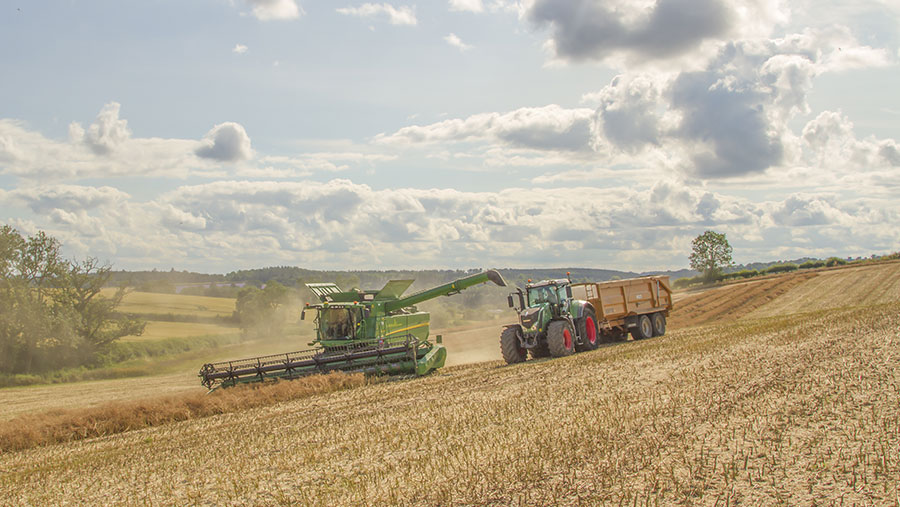 Mr Wilson said oilseed rape was generally planted early in the area to try to limit flea beetle damage, but the pest had given real problems in the area from both beetle and larvae infestations.

All the crops are swathed, which Mr Wilson said gives them a head start for harvest on those treated with glyphosate, and also gives them a trusted method of harvest if glyphosate was ever restricted. 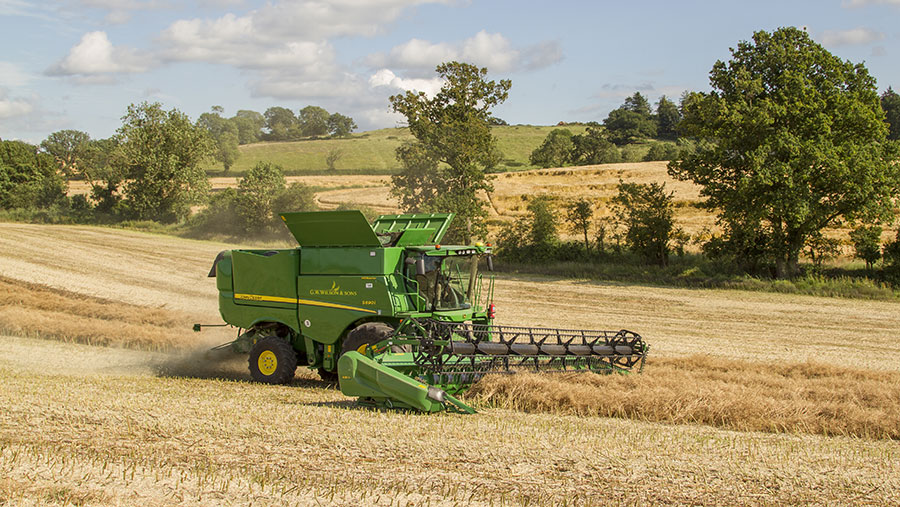 Less rapeseed in continental Europe could help firm prices, while lower oil contents could mean the base 40% oil price will have to increase to encourage growers to sell, as they will see smaller oil bonuses.