Cambridgeshire grower Robert Todd is pleased with the yield and quality of his early harvested malting spring barley.

It was achieved with the use of liquid fertiliser and conserving moisture at establishment in a very dry spring.

Early yields are only slightly down on his five-year average of 6-6.5t/ha.

His chosen variety Planet was hitting brewing malting standards of 1.85% grain nitrogen, and giving an impressive specific weight of 72kg/hl with grain at 13% moisture.

See also: Harvest 2022: One of the earliest starts for wheat cutting 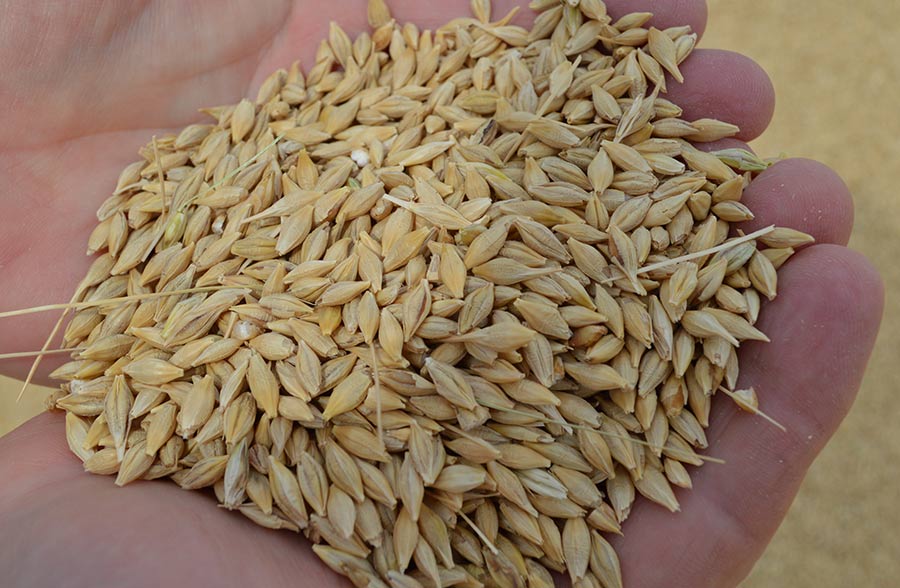 Mr Todd’s spring barley crop had looked well throughout the season despite near drought conditions in the early spring. The rain at the end of May and early June kept the crop going until an early harvest.

“We have had a dry year and yields look slightly below average, but the quality is good and prices are good,” he says.

For crop rotation reasons, a low sugar beet price and a sharp spike in fertiliser prices, Mr Todd decided to put the whole 160ha farm into spring barley this season.

“Once the spring barley emerged, the liquid fertiliser was immediately ready for the crop to use while we had managed to conserve as much moisture as possible in the seed-bed,” he adds.

He farms with sons Charlie and Harry, along with combine operator Kevin Shipp at Copley Hill Farm in Babraham, a few miles south east of Cambridge. 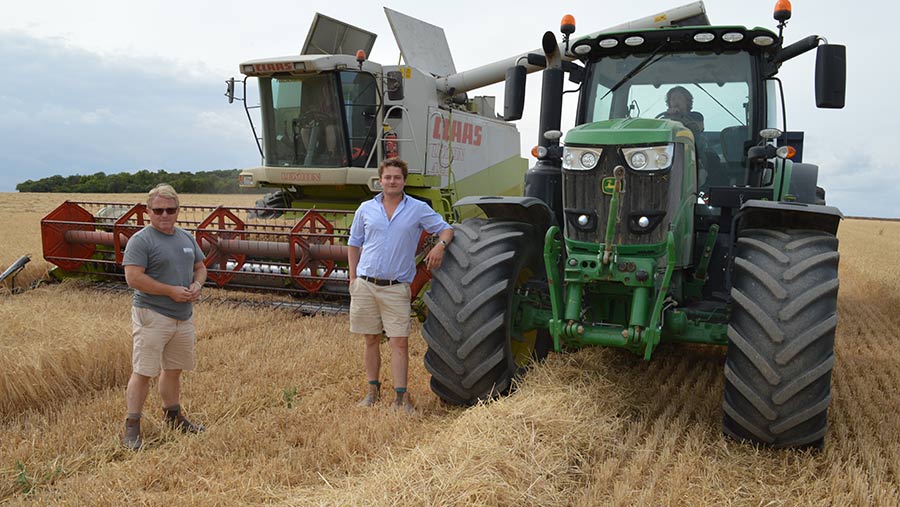 As Mr Todd is a member of Camgrain, the malting barley was heading for the grain co-operative’s store at nearby Linton.

The spring barley was established by ploughing and pressing in the autumn.

The ground was then spring-tine cultivated, rolled, a combination harrow used, then drilled and rolled again.

The crop had no rain from early March drilling until 25mm of rain arrived at the end of May and early June.

The use of liquid fertiliser, which was readily available, was important in such a dry spring, rather than solid fertiliser which may have sat on the soil surface until rain arrived.

The farm’s spring barley is a low-input crop with only 137kg/ha of nitrogen used in the seed-bed, and just one herbicide and two fungicide sprays applied before being cut.

Harvesting started in late July using a 20ft header Claas Lexion 420 combin. All the straw was baled by contractor Rand Brothers from Royston.

Next season, the farm will revert to a more traditional rotation, including one-third of the farm’s area down to winter wheat.

Mr Todd will stick with Planet spring barley and consider whether it will pay to go back into sugar beet, despite the big rise in beet prices.

Philip Darke, operations director at Camgrain, says, in this early stage of harvesting spring malting barley, he is seeing a range of qualities – from good grain samples to the crops that have had little rain and are showing pinched grains and high nitrogen levels.

“We are seeing a very big range of nitrogen levels from 1.2% to 2.2%, clearly depending on when the crops were drilled and how much rain they have had, ” he says. 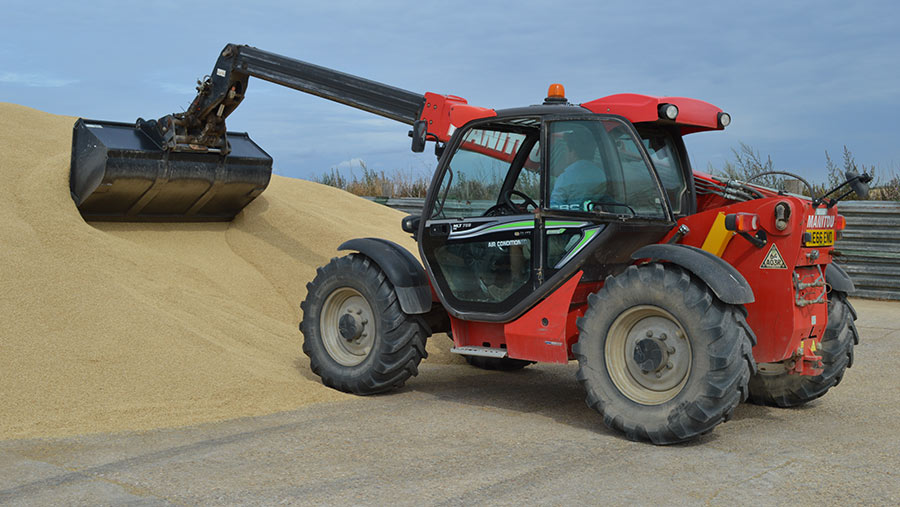 The UK area of spring barley is expected to have fallen for the past two seasons. Some of that shortfall will be taken up by winter barley and winter wheat.

The drop is likely to reflect the difficulty of establishing spring-sown cereals in the run of recent dry springs being seen.

According to the AHDB’s Planting and Variety Survey issued in early July, the total UK barley area for harvest 2022 is estimated to be down 4% at 1.103m ha.

This means the spring area will have fallen for two seasons since harvest 2020.