Combines are pushing on with the generally early harvest – although wheat volunteers are delaying a few farmers.

Rain has caused some delays although many in the East are in need of moisture. 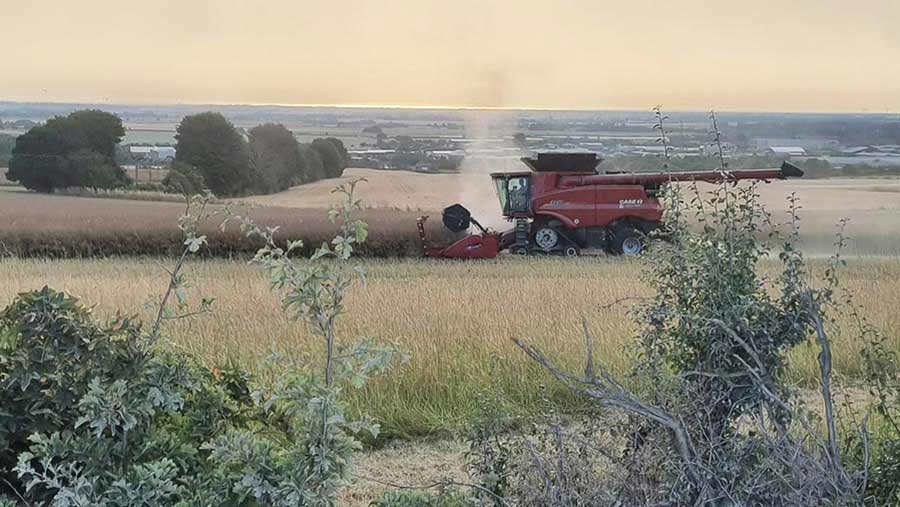 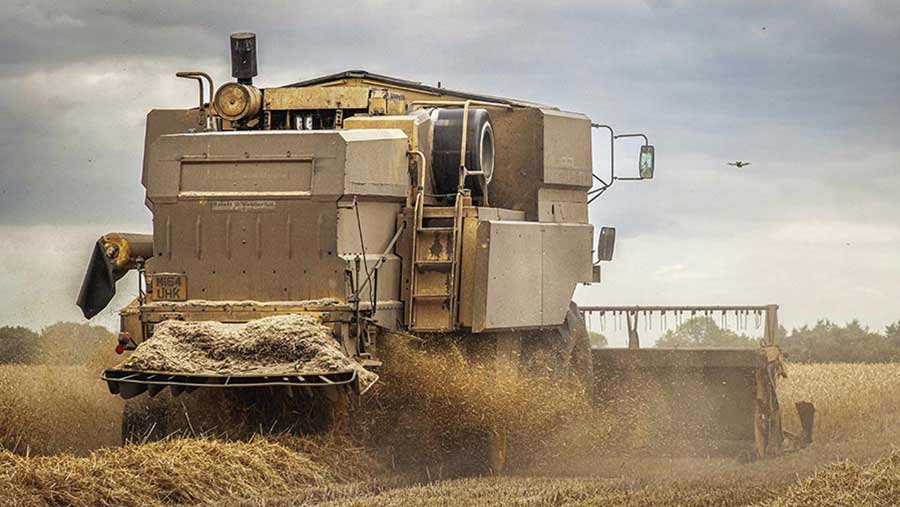 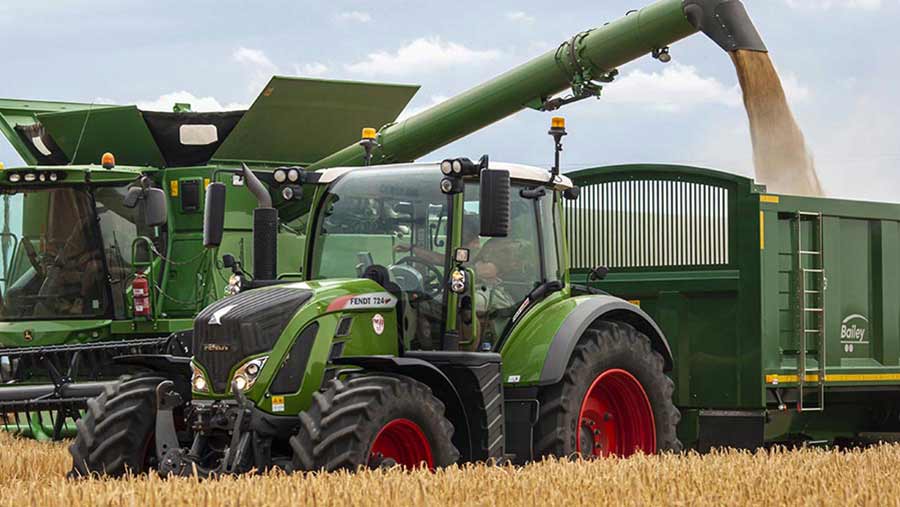 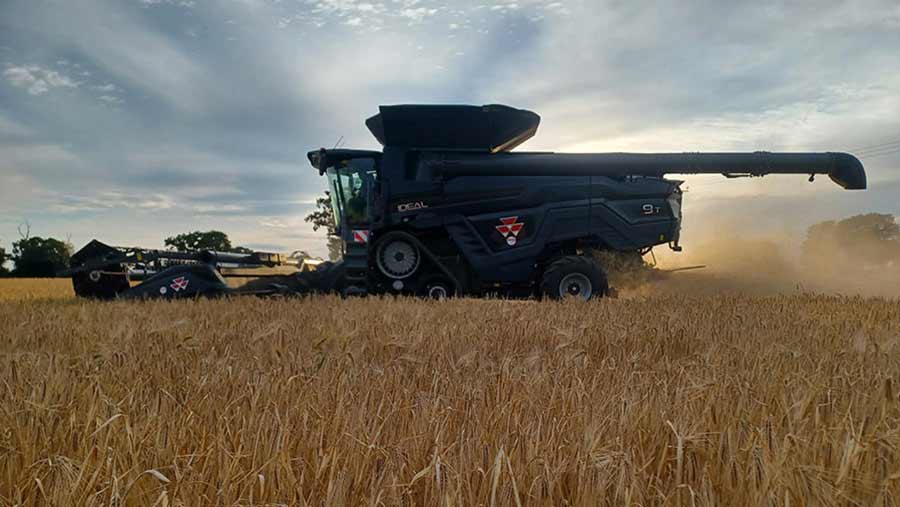 James Dean has completed his winter barley at Church Farm, near Salisbury, with oilseed rape well under way.

Winter barley feed varieties Orwell and Tardis yielded 8.7t/ha and 9.3t/ha, respectively, and averaged 11-12% moisture. Malting barley Craft yielded up to 8.7t/ha and did meet specification despite some wheat volunteers.

“The malting barley goes to our local Trinity Grain store,” he said. “It did need to be cooled, so we have incurred a cost for that.”

Oilseed rape yielded between 4.3t/ha and 5t/ha from hybrid varieties Ambassador and Oralia, with moisture about 8% and oil content yet to be reported. “We’ve got another four or five days to go in the crop.”

Next up is 405ha of Laureate and Planet spring barley, and 202ha of Fusion winter naked oats.

In neighbouring Hampshire, Tim Sykes is into his 44th harvest at Denmead Farm near Waterlooville with winter wheat producing some extremely pleasing yields – some two weeks early.

Starting out on 12 July, his 40ha of winter feed barley, Hawking, has been pleasing with yields averaging 8.9t/ha at 71kg/hl.

Following this was a very disappointing 44ha of winter linseed crop. “After 40 years of growing the crop, I’m throwing in the towel,” he said.

“It produced no more than 1t/ha and we’d expect 3t/ha. It was plundered by pigeons – I think that’s due to the lack of oilseed rape now grown in the area – and we had weed issues.”

However, his 126ha of Gleam winter wheat has made up for the setback, with yields surpassing 10t/ha.

Mr Sykes also has a trial field of Insistor feed wheat. “With the dry forecast, we’ll have finished wheat harvest by the end of July – totally unprecedented for us.”

Left to cut thereafter is 24ha of spring barley Planet, and 57ha of spring oats which, he said, is looking thick and promising.

“We’ve only just finished the 20ha of Campus oilseed rape, so average yields are a guesstimate,” he said.

“But it’s poor – I think we’ve only achieved 60% of our five-year average with low moisture; it went below 5%. I think the most damage comes from having had dry conditions in April followed by a frost at flowering.

“We’ve reduced nitrogen inputs but, other than the oilseed rape, crops have responded well.”

Preceding the oilseed rape, winter barley hybrids Belfry and Javelin averaged 8.5t/ha, with the latter an earlier variety and producing well despite a later drilling date of October.

“The winter wheat is looking great – the dry autumn suited it.”

Combines have started rolling in the South West for a good number of farmers – but not quite yet for Jerry Sanders-Carr at Crablake Farm in the Exe Valley.

“We’re due to start in the next two to three days,” said Mr Sanders-Carr. “We’ve had wheat volunteers come up in the winter barley crop.

“We decided not to spray and use the weather to our advantage – it’s been successful and knocked out the volunteers.”

The combine will first meet 12ha of the two-row winter barley, Memento, but weather conditions through growing have challenged the crop.

Thereafter, he has 40.5ha of winter wheat Skyfall on a seed contract, and Graham for feed, as well as another 40.5ha of spring barley Skyway.

“We’re aiming for 7.5t/ha on the wheat, but anticipating the spring barley will be variable from field to field – a range of anywhere between 5t/ha and 8.6t/ha.”