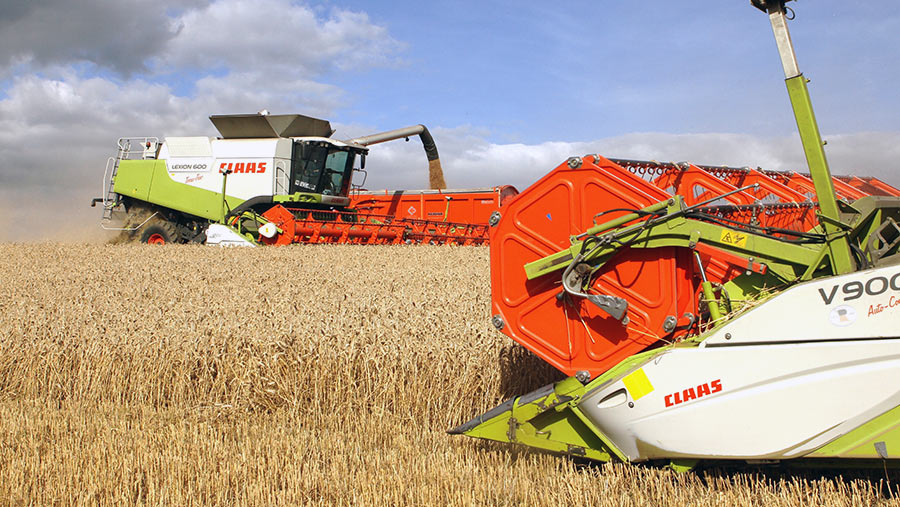 UK rapeseed production has slumped by more than 30% below the previous season, while cereals fell back in line with the five-year average, according to the first official figures for harvest 2016.

It’s not surprising that harvest 2016 was disappointing for many farmers, with total production from all four key crops being down on the previous year.

But it has to be remembered that these year-on-year differences are being exaggerated by last year’s bumper crop.

When comparing figures with the five-year mean, rapeseed still stands out, with 2016 being 23% below. This is due to a combination of a 14% smaller area and 9% lower yield.

It underlines the downward trend in recent years, with last season being the fourth consecutive fall in oilseed rape area, as the crop has fallen out of favour with growers, not helped by cabbage stem flea beetle attacks.

“Farmers currently do not have the confidence to continue planting similar areas of oilseed rape, particularly in the eastern side of the country,” explains NFU combinable crops board chairman Mike Hambly.

The NFU warns that next year’s OSR harvest may be even smaller.

Harvest results from 129 Strutt & Parker farms also highlighted the problems of establishing crops in the East because of pyrethroid-resistant cabbage stem flea beetle, even in areas where a neonicotinoid seed treatment was allowed.

In addition, damage caused by larvae led to stunted growth and premature senescence. Together with a long flowering period and dull June, oilseed rape yields were the lowest seen across the Strutt & Parker farms since 2004, averaging 2.9t/ha.

“The yields came as an unwelcome surprise with crops at desiccation time, not appearing to look poor,” says agronomist Jock Willmott.

He adds that many growers will be seriously questioning its continued presence in their rotation.

On the cereals side, the 2016 wheat crop was back in line with the five-year mean after last year’s bumper harvest of 16.4m tonnes.

However, the one crop that saw an increase in 2016 production was winter barley, despite its poorer yield. A 9% jump in the cropping area pushed production up to 2.8m tonnes.

Meanwhile, spring barley was 6% down on the five-year mean.

Spring pulses were also up with Defra figures showing a 63% increase in the combinable pea area from 2014 to 2016.