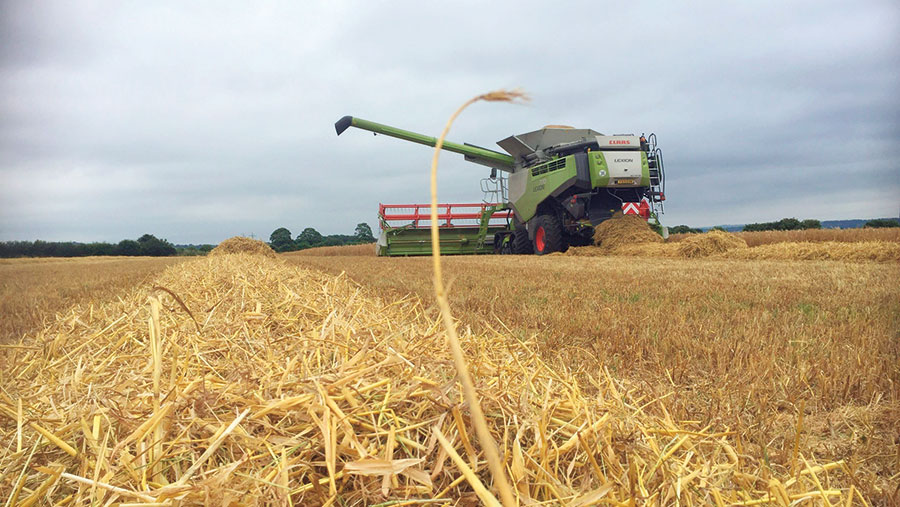 The yield and grain quality from winter barleys is proving disappointing in the South West of England, although early indications of oilseed rape are slightly more positive, according to local grain stores.

Winter barley results have been particularly poor in Dorset, where grain samples have shown specific weights of between 57kg/hl and 65kg/hl, said Simon Wilcox, manager at Wessex Grain.

“The crop is very dry due to the hot weather, ranging between 11% and 14% moisture,” he explained.

The worst reported yield in Dorset was 5.9t/ha and the best 8.2t/ha, although results were very mixed.

“We haven’t heard anything brilliant, the very hot weather during early June has really killed it,” he added.

With about 80% of winter barley cut in the area, growers were generally disappointed, said Mr Wilcox.

“Both two-row and six-row crops have been affected – the west of the country is not looking good at this stage,” he added.

However, in Wiltshire and Hampshire the quality and yield appeared to be slightly better and he has seen specific weights of 62 to 65kg/hl.

Moving west into Devon, harvest was just kicking off, and quality was looking very mixed, with specific weights ranging from the mid-50s to 68kg/hl.

“It’s very early days, however, the past few days have been reasonably busy on barley – out of the 540t we’ve taken, 370t was from 17 July alone,” said Duncan Lyon at Devon Grain.

“Bushel weights are averaging 64kg/hl – it will do the job, but it is not outstanding,” he added.

Oilseed rape was much more positive, although the store had only taken in about 5% of the crop so far, said Mr Lyon.

“Oil content is around 44% which is very encouraging and moisture is averaging 12%. Yields are also looking pretty good, with one grower reporting just under 4.9t/ha,” he added.

In contrast to other parts of the region, winter barley was looking very positive at Chy-Vellan Farm, Marazion, Cornwall, averaging 8.9t/ha.

“We’ve cut 16ha of our own barley so far, with another 16ha to go, and things are looking good,” said farm manager Matthew Collins.

“I’ve been very surprised by the yield as we usually average 7.4t/ha so 8.9t/ha is very pleasing – especially on the light land we have,” he said.

The farm has been growing Cassia and California, which appears to have yielded on par with each other, said Mr Collins.

“Initially, it looked as if California was going to perform slightly better, but they have both yielded the same and given good quality straw.” 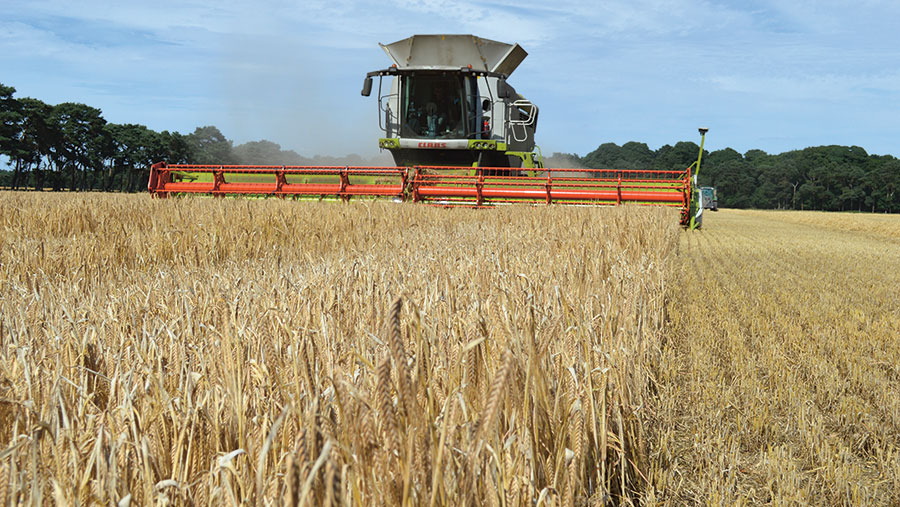 Spring barley was also looking promising, with some growers making a start with harvesting in Dorset, while other growers are a while from harvesting, with much of crop still green, and some slight concerns over-lodging due to the recent heavy showers.

In Gloucestershire, growers have made a slow start on winter barley, with only 100t in store at Western Arable Services. However, samples were coming in at about average, said the firm’s Jeff Russell.

“Quality is normal and yields are hovering either side of 7.4t/ha. In terms of bushel weights, we are seeing anything between 64 and 68kg/hl,” he said.

Harvest was slightly more advanced for oilseed rape, with 200t in store so far – a week ahead of schedule thanks to the hot weather, said Mr Russell.

“We have only seen about 20% of the crop at this stage and there are not many reports of yields but the crops are coming in very clean and have a good oil content.”

Wheat harvest was expected to begin in the next 10 days, he added.