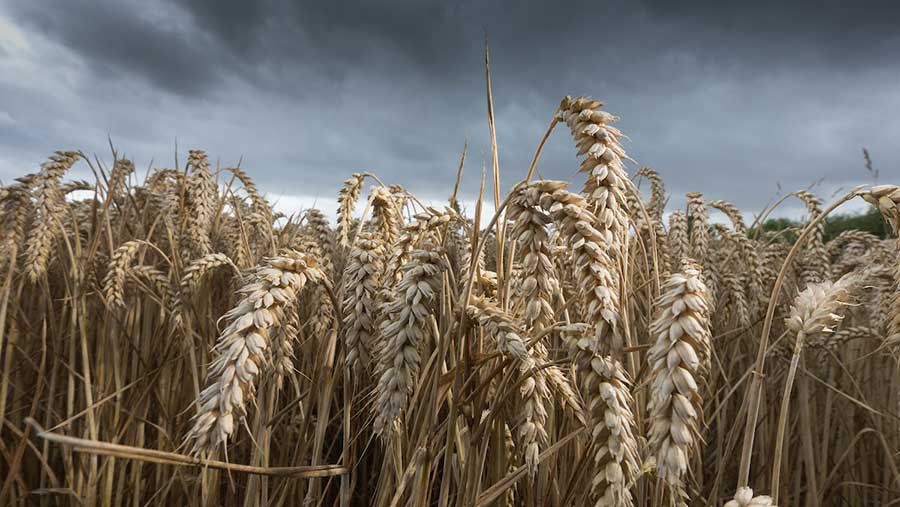 Lincolnshire Wolds grower Tim Lamyman is planning to drill his winter wheat earlier this autumn in his quest to break the world wheat yield record, after falling short this summer.

He has chosen wheat varieties that will tiller well to produce the 800-plus ears/sq m he needs in his drive to reclaim the world wheat yield record he briefly held in 2015.

His best yields this summer came from a block of the new early maturing milling wheat Zyatt at 15.53t/ha, while he also grew varieties Lili, Marsden and Costello this season.

Ultimately, it was the very dry spring and dull and wet July that thwarted his attempt to beat Rod Smith’s UK wheat yield record or the world record set in New Zealand earlier this year.

“With the weather we had this season, it was difficult to get much more out of the crops. The last six weeks certainly hit the specific weights,” he tells Farmers Weekly.

Two attempts last week to get close to hitting a new UK yield record with varieties Lili and Costello fell short of Mr Smith’s 16.52t/ha UK record, set on his farm near Berwick-on-Tweed in September 2015 – and the world record of Eric Watson at 16.79t/ha.

For this autumn, Mr Lamyman believes Zyatt and Marsden, if drilled at the optimum time of 15-21 September on his 600ha Wolds farm, could give the ear numbers he needs.

“I feel that I can push Zyatt and Marsden towards 800-850 ears/sq m as they have shown no signs of lodging,” he adds.

Last autumn, the timing of his drilling was disrupted by a wet September. Some of his wheats were drilled late in September and into October.

“If we could be drilling two weeks early on 15 September this autumn then this will help with the tillering,” he says. 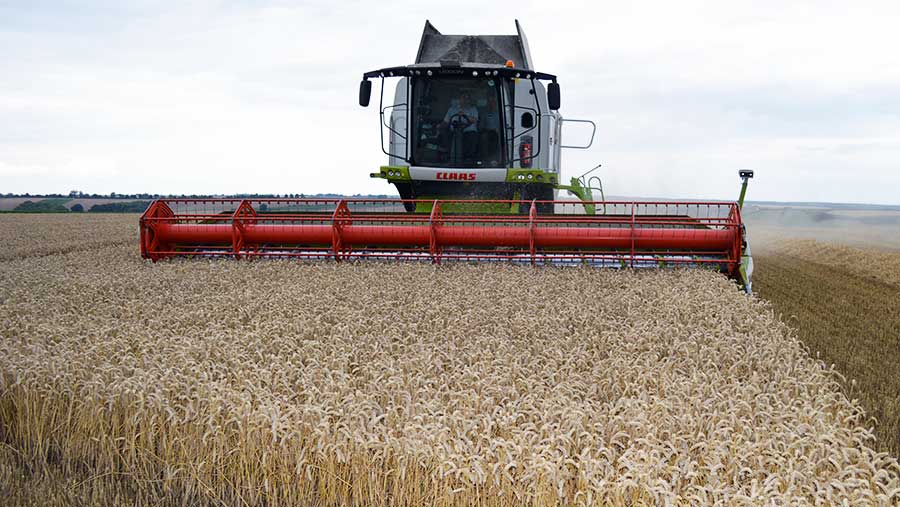 He is manipulating tillering as much as he can with his four-way split of nitrogen and nine-spray programme of foliar feeds and micronutrients, leaving drilling date as a key component he can still influence.

This harvest, the Zyatt was combined on 14 August, nearly two weeks earlier than his later attempts and so escaped some of the worst of the wet weather.

The variety achieved what is believed to be the highest yield recorded of a milling wheat variety at 15.53t/ha, but the sample has not yet been fully tested for its breadmaking quality, apart from its grain protein content of over 12% and a good specific weight of 76.5-79kg/hl.

Mr Lamyman had high hopes for an 8.5ha field of Lili grown on a chalky soil that contains more clay than most of his Wold soils.

This crop was drilled in the last few days of September 2016, later than he would have liked due to a wet early autumn.

Lili has been a very consistent variety over a range of drilling dates from early and late, but he has struggled to get its head numbers up on his farm at Worlaby, just over 20 miles east of Lincoln in the high Wolds.

Cut on 24 August, the Lili looked as though it might push above a 16t/ha yield, but actually fell short at 14.27t/ha over the weighbridge, with Mr Lamyman’s  conclusion being that it did not have enough heads. 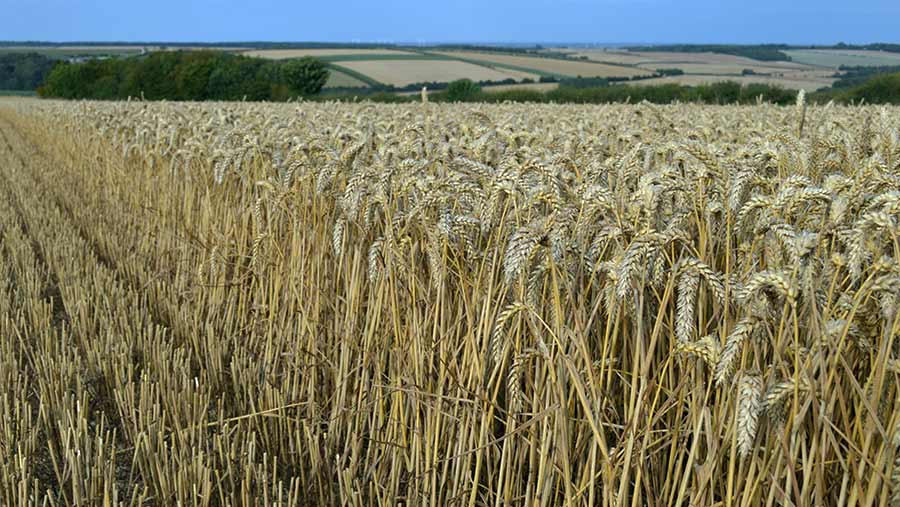 Despite looking impressive with head numbers high at 900/sq m, a smaller 2.1ha block of the variety Costello on a deep fertile silt soil in the bottom of a valley also came up short of a new record at 13.85t/ha.

“Certainly the Lili and Costello had 50-60mm more rain than the Zyatt, so this was not helpful at all,” he said.

His thoughts are that 900 heads could be too much, and that 800-850 heads was where he should be heading for a challenge to the world record.

He is also impressed with the stiff-strawed Marsden which yielded 13.84t/ha from a crop of 600 heads, so the focus will be on Marsden and Zyatt this autumn to grow a crop for the bumper harvest for 2018.

The three adjudicators for the record attempts were equipment specialist Chris Rothery, mechanisation expert Bill Basford and adviser Richard Harvey, using a weighbridge at the neighbouring farm of A W Smith at Belchford.