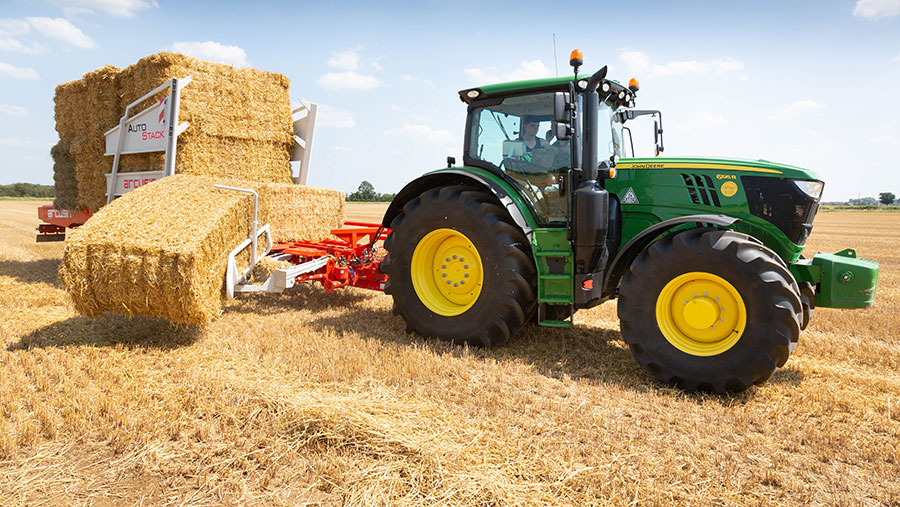 The effect of extreme weather this growing season has left farmers facing the prospect of a straw shortage later in the year.

Autumn and spring cropping plans have been thrown into chaos by very wet and then dry conditions. The net result is that wheat and barley plantings are significantly lower and a lack of rain in recent weeks has dented crop yield prospects.

Are you planning to bale more straw this year?
Created with Quiz Maker

Cereal straw supplies look as if they may be an issue later in the year, and Farmers Weekly has spoken to a number of cereal farmers who have decided to bale their straw and sell it to local livestock farmers to help alleviate possible shortages, rather than chop and incorporate it to return nutrients to the soil.

Matthew Robinson, a hay and straw merchant based in the Devon and Cornwall region, said: “The South West has had a lot of rain over the past 10 days. Everything has freshened up. But the middle of the country is very dry.

“Straw is patchy everywhere, or it’s really short in length. It’s not looking good. But the worst thing is whether livestock farmers will be able to afford it – that’s the biggest knock-on effect.”

Mr Robinson said he had dealt with some farmers who had already “hedged their bets” and filled their barn with hay and straw for next year.

But he added: “Farmers don’t need to panic buy, as some are [doing]. Straw is not going to be plentiful, but it will all depend on the type of harvest we have.

“If it’s a good harvest, then more will be baled. If it’s a catchy one, then farmers will chop and incorporate it.”

“From the silage point of view, the pressure has eased a little because of the recent rain. But the straw situation is still as pressured as before,” he added.

“The wet autumn prevented many farmers from drilling winter wheat and winter barley. For those who did, a lot of these crops are quite poor and thin. Then a dry spring caused germination problems for spring-drilled crops.

“It means all that tonnage of straw that would be available for spring cropping in a good year we’re not going to get.”