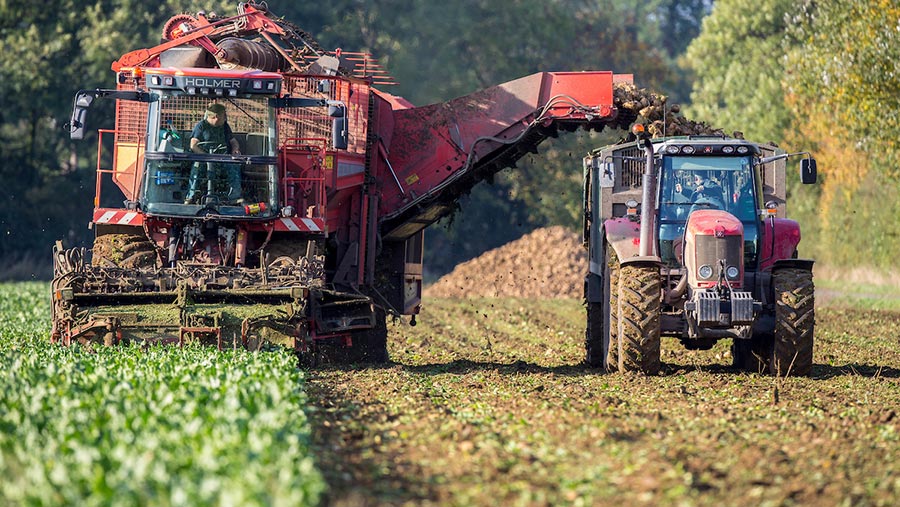 Britain’s sugar beet harvest is set to yield a lower sugar output this season due to virus yellow disease and a spring drought, which restricted early growth of the crop.

Earlier this season, beet processer British Sugar said it expected lower yields to be offset by a slightly higher area, but now it has downgraded its forecast for sugar production, which will be sold in the group’s next marketing year.

“With lower yields, sugar production next year is expected to be below this year,” the group said in the statement.

The 2019 sugar beet crop gave sugar production of 1.19m tonnes, and with a higher sales price and some improvement in sales volume, British Sugar said its profitability had improved significantly.

This season there was a 4% rise in the beet area to about 104,000ha from British Sugar’s 3,000-plus growers, with harvesting of the crop set to start later this month.

The first of British Sugar’s four processing plants, at Newark in Nottinghamshire, will open on 22 September, followed by Bury St Edmunds in Suffolk on 29 September, and then its two Norfolk plants will open – Wissington on 6 October and Cantley on 13 October.

Sugar beet growers will be able to fix the price for some of their crop in 2021 starting at a base price of £20.30/t, and receive compensation if it is affected by virus yellows disease, with also a market-related bonus.

Virus yellows is spread by peach potato aphids and in the past had been successfully controlled with neonicotinoid insecticide seed treatments.

British Sugar gave the update as its parent company, Associated British Foods, issued a trading statement towards the end of its financial year for the 52 weeks to 12 September 2020.

Its full-year results for this period will be announced on 3 November 2020.