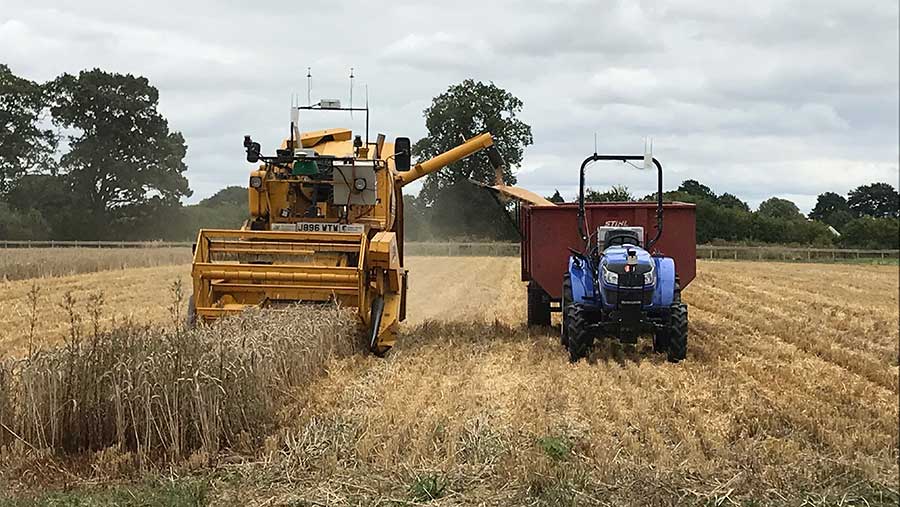 The Hands Free Hectare team has successfully harvested the world’s first winter wheat crop to be grown by robots.

The project, which first set out to grow and harvest a spring barley crop in 2017 entirely by autonomous machines, has taken huge strides forward in accuracy during its second season with a winter wheat crop.

The team at Harper Adams University and Precision Decisions expect the field of milling wheat Zyatt to yield about 7t/ha after drilling misses were reduced from 2.5% last year to just 0.35%.

See also: Video: Hands Free Hectare – what next for the farming robots?

Watch our full video report and read on below:

Better spray coverage and fertiliser applications achieved a pretty even crop, but timings did suffer due to inclement weather both last autumn and this spring.

Drilling had to be abandoned for 10 days in November, the T0 fungicide was delayed and there was a nearly six-week gap between T1 and T2 timings. Despite this, Hutchinsons’ agronomist Kieran Walsh said the crop was quite clean.

Mr Walsh was aided in making his agronomy decisions remotely from Cirencester by the addition of septoria spore traps and weather stations.

“Growing a winter wheat brought new challenges, such as how do we manage septoria?” he said. 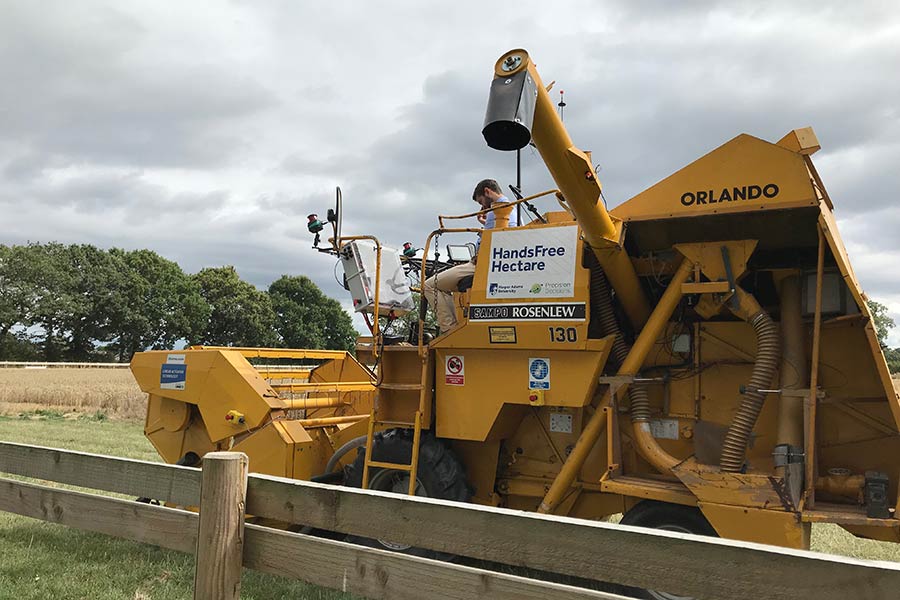 One of the team monitors the autonomous combine

“The spore traps from Bayer are still in development, and while we didn’t have them 24 hours a day, they came in at key timings. For septoria we needed everything we could get to help.”

The team also managed to unload the combine on the move for the first time during harvest on Tuesday (14 August).

Robotics engineer Jonathan Gill said: “It’s been an interesting year. We chopped to a new system half-way through as we came to spray in early June and the vehicle wasn’t acting as we had hoped.

“The tractor is now on a new system with line capability. It can drive within 5cm of a straight line.

“We are super chuffed to get something different working and it’s nice to know that we don’t have to go down just one avenue.”

With harvest complete the team is already looking to the future. They hope to be ready to grow between 30-40ha of crops in the 2020 growing season. 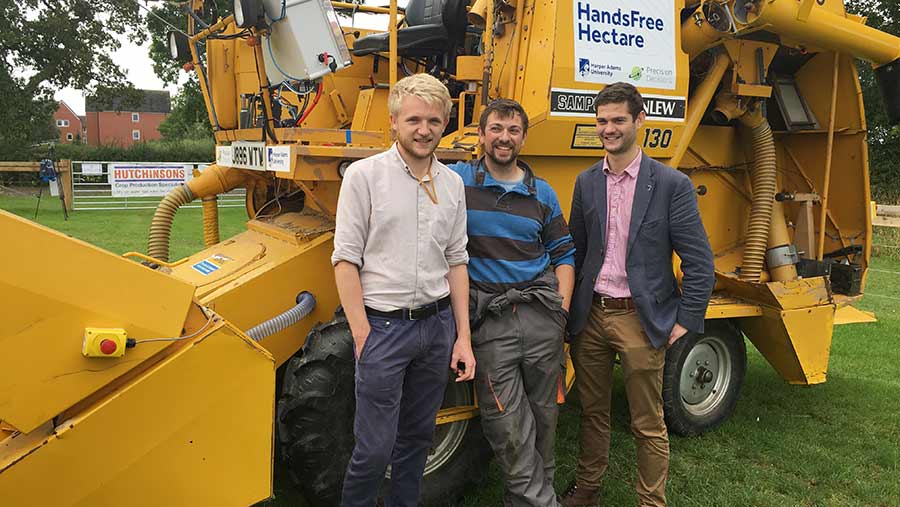 In the meantime the team plans to explore the challenges brought about by increasing numbers of autonomous machines working together in teams.

Two other projects are being worked on in preparation for the Hands Free Farm. The university is acting as a testbed for 5G mobile signals, which will allow better data transfer for rural communities.

It will also mean the computers controlling the machines will not need to be installed on-board, reducing the cost of the technology.

The team is also looking at how to get the machines to navigate other environments autonomously, to allow them to get from garage to field without human intervention.

“We don’t know how to solve that yet. It could be a mixture of GPS and motion sensors to detect obstacles like fallen trees or animals,” Mr Gill said.