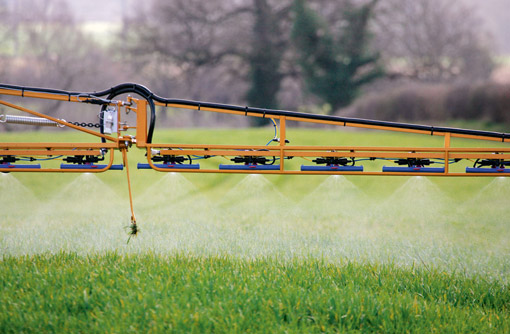 What benefits could come from growing GM cereals and oilseeds in the UK and what are the risks? Could it, as US farmers have found, reduce pesticide bills and improve the timeliness of farm operations?

A six-month “what if” review of using GM technology in the UK is tapping into experience of GM crop production in other parts of the world, predominantly the US and Canada. HGCA’s Vicky Foster hopes that being prepared will strengthen our competitiveness in the event that GM crops become further integrated into global food and feed markets.

“By looking at the pros and cons of using GM crops, from the angle of both production and processing, we can evaluate the impact of introducing such varieties. We will take into account the short- and long-term gains and losses associated with GM adoption.”

She is quick to point out that HGCA does not advocate GM approval or uptake, instead it is taking a neutral stance with the review being carried out by a team of experts from the University of Reading’s School of Agriculture, Policy and Development.

Likewise, Richard Tranter, project leader at the University of Reading, sees it as a proactive study to provide answers to underpin decision-making if, or when, approval is given here. He and his team are designing computer models to calculate the financial performance of GM and non-GM cereals, maize and oilseed rape under different future scenarios.

“It may be that the use of GM technology could be beneficial here in some situations and not in others. Until we run the computer models taking account of every issue from sowing to supermarket labelling, we can’t make statements about the financial feasibility of GM crops in the UK.”

His team will examine possible traits that could have a significant positive effect on production economics and the environment, to ultimately benefit the consumer. Factors considered will include the likely impact on markets and specific physical challenges for grain buyers.

There are numerous aspects of importance to production costs, including fuel use, seed costs and pesticide use. Mr Tranter cites as an example, herbicide resistant cereals, which might lessen production costs and reduce field operations in spite of higher seed costs.

He also recognises the situation in Spain and Portugal where growers have improved pest control by adopting in recent years a variety of GM maize resistant to the serious effects of the European corn borer.

Key environmental implications could be resistance development to the GM trait, GM volunteers, cross-contamination and reduced biodiversity, he explains.

Each of these factors must be compared in the context of the coexistence of GM and non-GM practices, stresses Mr Tranter. The results of an on-going EU-funded project about coexistence, evaluating techniques such as buffer strips and neighbouring farm drilling timetables, will feed into the current one.

“It’s not just growers who would be affected by the partial adoption of GM crops in the future. Consideration must be given to the logistical, practical and economic implications of coexistence measures throughout the supply chain. That includes grain or seed segregation before and during storage, processing of GM grain, and land use restrictions following the introduction of GM crops.”

The full project findings, available in September, will be invaluable in discussions around the suitability of GM technology for the UK, he concludes.

Project no. 3810: An evidence-based review on the likely economic and environmental impact of genetically modified cereals and oilseeds for UK agriculture; University of Reading; from March 2013 to September 2013. Project cost: £40,000

This project focuses on the practical implications of growing and marketing genetically modified cereals and oilseeds. It is taking global knowledge and using this to evaluate the possible costs and benefits for UK growers and the broader supply chain. It will provide input to the industry, and could feed into government policy.