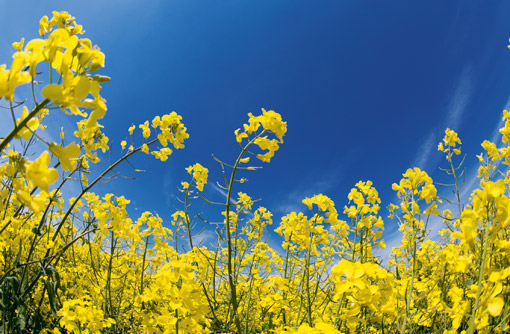 The ban on neonicotinoid seed treatments could cost oilseed rape growers at least £72m a year due to the lack of control of two key pests.

The biggest concern of the EU’s ban is the implication of poor control of cabbage stem flea bettle and aphid-spread turnips yellow virus, according to a HGCA review.

In April, the EU pushed through a two-year ban on three neonicotinoids for flowering crops starting on 1 December due to their possible damage to bee numbers.

“The situation is not as severe for cereal crops, as winter seed treated neonicotinoids can still be used in autumn to control aphid-carrying barley yellow dwarf virus,” she said.

Costings of alternative pyrethroid treatment to neonicotinoids were highlighted in the HGCA report, giving an indication of what it may cost farmers.

“Looking at the cost of the pyrethroid insecticide deltamethrin, which is £4.75/ha, the additional of one pyrethroid spray would cost the UK about £2.4m,” she explained.

Therefore, the cost of four pyrethroid sprays in a season would be £9.6m and so have a much greater impact on farmers.

Pyrethroids already account for 88% of the most commonly used insecticides in oilseed rape with Miss Nicholls warning additional use may cause concern over efficacy and resistance.

Miss Nicholls said following the development, the HGCA’s cabbage stem flea beetle publication has been revised to help growers assess the need to use foliar-applied insecticides to control adult beetles and larvae.

With the restrictions not effecting oilseed rape until 2014, Syngenta’s regional director, Jon Parr, highlights they are doing all they can to help get neonicotinoid use extended.

Syngenta and Bayer are the two main manufacturers of neonicotinoid seed treatment for oilseed rape.

“For this year we are OK but we hope the UK and Germany will push their existing data to get some kind of use for the next season. Germany have already said they are looking to get a product reinstated for 2014, for specific uses,” he said.

* The report (Research Review No. 77) is now available online

Click here for more from this year’s Cereals event