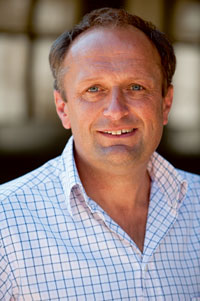 It’s gratifying when a lot of hard work and investment pay off. That happened for former Farmers Weekly Arable Farmer of the Year Andrew Gloag when he achieved 5.24t/ha (2.12t/acre) with his Excalibur oilseed rape last harvest in North Yorkshire.

“There’s no doubt that good establishment in a well-structured soil is absolutely key to a five-tonne crop. But big yields come from pushing crops as hard you can, and you have to be prepared to invest,” he says.

With 570ha (1,400 acres) of oilseed rape on medium clay soils in North Yorkshire, Mr Gloag “sets his stall” on the 5t/ha crop. A three-year rotation brings half his rape after winter barley with the rest following second wheat. “The highest-yielding crops come after barley.”

A Sumo Quattro then a Simba Cultipress follow the harvester. A fortnight is left for a weed chit, which is sprayed off before the 8m Väderstad drill. Actual drilling date depends on soil conditions. “We’re covering a big area and need to guarantee good soil-to-seed contact.”

Mr Gloag drills his hybrids at 50 seeds/sq m and gets close to 100% establishment. “This may be too many – we could probably drop the rate to 30/sq m.”

Liquid N is applied to the seed-bed “to give it a kick-start”, then 0.4-litres/ha of Punch C (carbendazim and flusilazole) accompanies each of the two graminicides in mid-October and mid-November. The split helps keep a lid on light leaf spot and phoma. “When you’re growing rape one year in three it’s not just about that one crop in isolation,” he says.

This is then followed up in April at stem extension with a dose of Prosaro (prothioconazole + tebuconazole). Amistar (azoxystrobin) is applied at the green/yellow bud stage, backed up with a small dose of Filan (boscalid) at mid to late flowering.

“The strobs do bring additional benefits. They appear to have a greening effect which helps maximise light interception.”

The crop receives two flowering sprays to cover sclerotinia infection and see off late-season botrytis and alternaria. Mr Gloag admits it adds up to a massive input, but he looks to make the most of every chance the plant has to take up nutrients and feed yield. As far as this is concerned, a split dose of nitrogen in March is back-up, with 50kgN/ha applied as liquid N to the pod. Trace elements are applied both in autumn and spring.