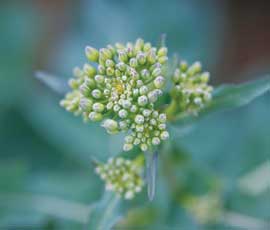 Gross output, which is the seed yield adjusted for oil content, came in at 5.73t/ha this season compared with 5.48t/ha from an average over the last four years.

These early results were based on three sites in Oxfordshire, Nottinghamshire and Hampshire, and the HGCA said outputs were surprisingly good given poor winter and spring weather.

“The signs are that there have been some good oil contents which have helped compensate for lower seed yields,” says HGCA senior researcher and knowledge transfer manager Simon Oxley.

He adds that growers disappointed with seed yields this summer might check whether oil contents are higher, such as those shown in the trial results.

With harvesting in full swing around the country, yields reported have been generally reasonable, but these are likely to be the better crops while thin and backward fields are still to cut.

The top variety from the HGCA list in terms of gross output this year was Pioneer’s hybrid PT211 at 107% followed by another hybrid, DSV’s Compass at 106, and then two conventional varieties from KWS, Rivalda and Quartz at 104.

The leading variety in the current HGCA list, Pioneer’s PR46W21, showed gross output of 101 this summer.

Only three candidate varieties, which are looking for recommendation this autumn, had higher outputs than PT211. They were Elsoms Seed’s Trinity, KWS’s Charger and Bayer’s Patron, and all three were conventional varieties and yielded 108.

Other potential varieties for possible inclusion in the list include RAGTs Ginfizz at 102 and Bayer’s Harper at 103.

Looking at pure seed yields from this season’s trials, average yields from five sites including the three previous sites plus ones from Lincolnshire and Suffolk showed a drop to 4.74t/ha from a four-year average of 5.0t/ha.

Top yielder was DSV’s Marathon at 106, and among the leading candidate varieties were DSV’s Incentive and KWS’s Charger, both at 108.