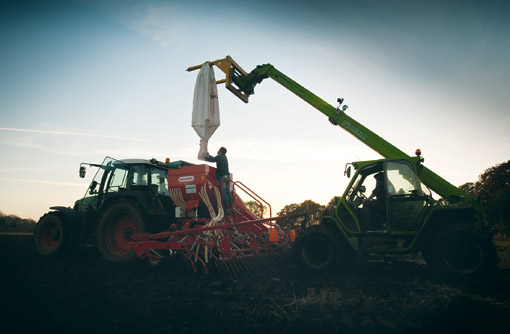 Could seed sales be due for a shake up? If Syngenta’s new way of selling Hyvido hybrid barley seed is the shape of things to come, then growers should be prepared for some changes.

To recap, earlier this year Syngenta took the bold step of introducing an optional cash back yield guarantee on its hybrid barley seed sales for this coming autumn.

The offer – believed to be the first of its type – stipulated that if Hyvido varieties did not yield at least 0.5t/ha more than conventional types, Syngenta would refund registered growers £60/ha, an amount equivalent to the additional seed costs associated with hybrids.

To keep control over the process and ensure some transparency, the company also announced it would be setting up some regional reference sites, where the varietal comparisons would be carried out. Rather than take individual on-farm results, Syngenta would get ADAS to independently audit the sites and validate the results.

Any pay out, therefore, would be based on the performance of winter barley at these reference sites, not on the individual grower’s farms. Growers who choose to sign up to the terms of the guarantee are automatically allocated to their three nearest reference fields, from which the average yield difference will be taken at harvest.

For 2013 drillings, the Hyvido varieties will be compared with KWS Cassia – a high yielding two-row variety, which already accounts for around 30% of the market.

However, linked to the guarantee were some commercial conditions. These included growing the crop according to the company’s agronomy guidelines, which stipulate the use of branded Syngenta fungicides and plant growth regulators.

That means Bontima, Syngenta’s isopyrazam-based fungicide and Moddus, its trinexapac-ethyl based growth regulator, have to appear at least once in the hybrid barley agronomy programme.

Furthermore, there’s advice on seed rate and nitrogen timings which has to be followed, in order to be eligible for the cash back offer. Seed rates have to be at 70% of the conventional rate, at 200-260 seeds/sq m, and the first nitrogen split has to be applied by GS25.

Crops readers with good memories will recall that a previous attempt by Syngenta to market hybrid barley in combination with its own brand agrochemicals was abandoned in 2005, after the scheme failed to capture farmer’s imaginations and attracted widespread criticism. Back then, the variety Colossus was launched in a bundled marketing package, which forced farmers to buy seed and agrochemicals together.

But the Hyvido deal is different, insists Syngenta. The guarantee is optional – not only can the Hyvido varieties be grown without signing up to the terms of the guarantee – farmers are free to determine their own agronomy programmes.

However, the reason for specific agronomy guidelines is hybrid barley’s ability to produce more ears/sq m, more grains an ear and a higher thousand grain weight, claims the company, which means it has to be managed differently for best results.

“Hybrids need earlier nitrogen to support their vigorous growth,” points out James Taylor-Alford of Syngenta. “They also produce both a larger canopy and more straw, so the risks associated with these factors need managing.”

David Waite of Frontier Agriculture believes many growers are already convinced of the benefit of growing hybrid barley, so don’t need the reassurance of a cash back yield guarantee to persuade them.

“It’s a carrot, not a stick,” he says. “Hybrids are set to be more widely available this year and when they’re grown properly, there is an extra 1t/ha to be had.”

But does the sale of seed with an agrochemical package attached to it, even loosely, mean that it can only be done by BASIS-qualified professionals? And what are the likely consequences for the seed trade?

These are questions that will need answering at some stage, believes Rodger Shirreff, Scotland’s seed business manager with Agrii. His preference is for variety and seed treatment decisions to be taken as seriously as foliar sprays, with growers considering them as the first part of the agronomy programme, not a standalone purchasing decision.

“Just as we’ve got new, high-performing varieties available, there’s also increasingly sophisticated seed treatment technology to consider,” he points out. “The decisions taken at the start of the growing season can have quite a bearing on the rest of the crop’s agronomy, even if it is four months before any spraying is done.”